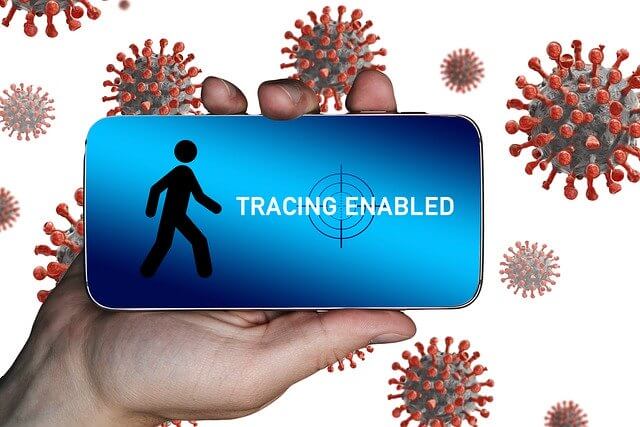 Tongues have been wagging and the Internet has been ablaze with rants, conspiracy theories, and twists seeking to explain the mystery of an entry in the Settings folder of smartphones reading “COVID-19 exposure notifications.”

Most of the people ranting and spinning conspiracy theories claim that Google or Apple stealthily uploaded a COVID-19 tracking app to their smartphones without their consent, thus violating their right to privacy.

So, what is the truth? Did Google or Apple actually install an app while you were not looking? The short answer is NO. Neither of these two companies has uploaded an app to your phone.

However, it is true that there exists an entry under the Settings folder on your phone. In fact, we wrote about the Apple and Google contact tracing app interface weeks ago.

What the conspiracy theorists ignore either deliberately or by default is a statement released by Apple and Google in May. In the statement, the two companies said they had created an Exposure Notification feature that will assist apps made by various public health agencies to work more accurately and efficiently.

So, essentially, the entry you are seeing is the notification technology created by Google and Apple. It is aimed at helping government and health agencies, depending on the region, build their own COVID-19 trackers. What Google and Apple have created is not an app but an application programming interface (API) framework which approved apps can use. And no one is trying to breach your privacy as the Google and Apple technology enables you to turn the feature on or off.

As Forbes explains, the new entry does not mean any app has been installed. In addition, Forbes says that you cannot even turn on the API without selecting a participating app to activate the exposure notifications.

“What we’ve built is not an app-rather public health agencies will incorporate the API into their own apps that people install,” the joint statement from Apple and Google said.

The API framework is not active on its own and users will get to decide whether they want to use the feature by turning it on and downloading relevant apps or not. The exposure notifications feature does not use the phone’s location or collect personal data.

Now, what happens if you have been diagnosed with COVID-19? Just like everyone else, you will still have the liberty to report your diagnosis on the health app which is customized according to your region and government requirements. And even when you download the contact tracing app, it will still require you to opt-in at various stages before it can work on your smartphone.

So, people, relax. Big Brother is not watching you!

Full Text of Obama's Speech on NSA Phone Metadata Collection Program, January 17, 2014
How IoT is Taking Over the Healthcare Industry
How to Remove Cookies from Your System for All Browser Types
Dance of the Pope Virus Warnings are a Hoax and Not True
Technology Helping in the Fight Against The Coronavirus
Online Version of the Bush Cheney CIA Interrogation and Torture Report
Mark Zuckerberg Announces that Facebook Will Now Be All About Privacy and Unified Messaging Across W...
FCC Proposes that You Have to Opt-In Before Internet Service Provider Can Sell Your Info
Spread the love

One thought on “Have Google and Apple Secretly Installed a COVID-19 Tracker on Your Smartphone?”