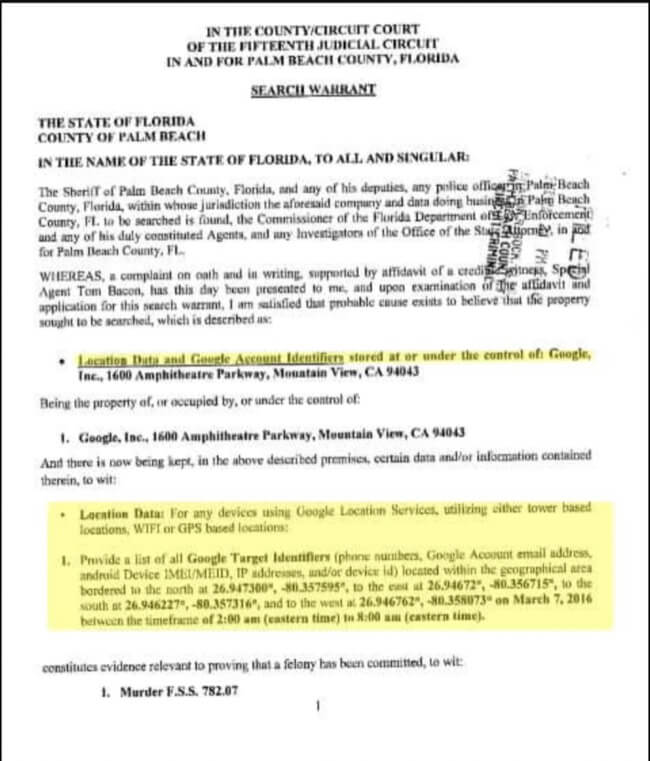 In order to have the data from Google’s Sensorvault provided to them, law enforcement agencies provide Google with the so-called ‘geofence warrant’ – i.e. a warrant that says, in essence, “provide the device data for all devices that were in the area of a particular location, at a particular time.” 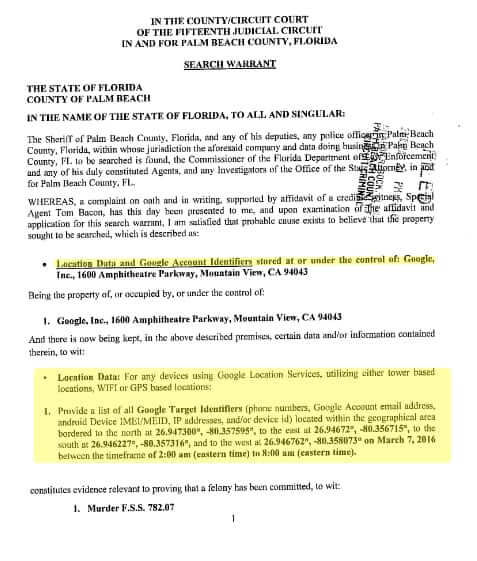 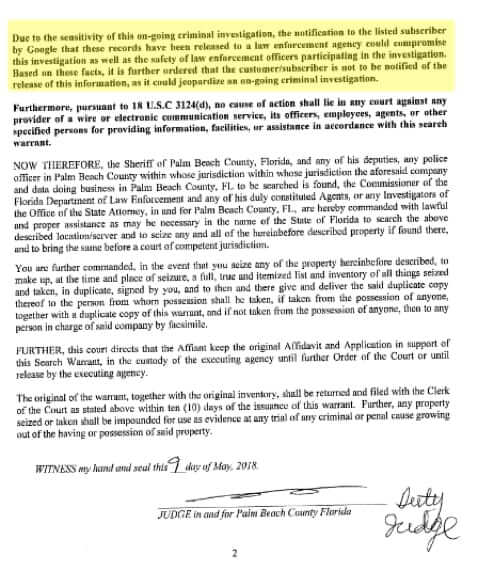 Let’s look at those highlighted paragraphs a little more closely, shall we?

So anybody using any of Google’s services through which location is recorded who passed near that location in that 6 hour period is fair game.

You will also notice that the demand is for a list that includes phone numbers and email addresses, as well as device identifiers.

Now on to this paragraph:

This has been going on since federal agents first used it in 2016, however the New York Times blew it wide open over the weekend. An unnamed Google employee told the Times that Google now receives as many as 180 geofence warrant requests a week.

Not surprisingly – and, in fact, predictably – this has led to innocent people being charged with some pretty serious crimes.

Just last year, Jorge Molina was charged with the murder of a Phoenix, Arizona resident. According to the Times, the police told Mr. Molina that “they had data tracking his phone to the site where a man was shot nine months earlier.” But, as it turns out, it wasn’t Molina at all – in fact the police later arrested and charged Mr. Molina’s mother’s ex-boyfriend, but not before Molina had spent a week in jail, accused of a crime which he hadn’t committed, because the data from Google Sensorvault had placed Molina’s phone near the crime scene.

And in a case in Minnesota, just in the past 6 months, the geofence warrant was so broad as to location that, according to Minnesota Public Radio, the warrant “had the potential to gather data on tens of thousands of Minnesotans.”

Says former prosecutor Jonathan Jones, now on faculty at Elon University in North Carolina, “We are willingly sharing an awful lot of our lives with Google. But do people understand that in sharing that information with Google, they’re also potentially sharing it with law enforcement?” {TIP note: ..and hackers}>/i>

We actually first told you about law enforcement using Google location for mobile devices over a year ago, when we told you about warrants being served on Google for all mobile devices in a given area. For those of you who still fall into the “I don’t care what they know or track about me, I have nothing to hide” camp, this should be a wake up call.

Microsoft and Others Create ID2020 Alliance to Force Digital ID on All - Perhaps by Vaccine
Got the "Earnings at risk - You need to fix some ads.txt file issues to avoid severe impact to your ...
Vehicle to Vehicle "V2V" Communication Coming to a Car Near You
Google Takes on Slack, HipChat, Others with Google Spaces
New "4th Amendment is Not for Sale" Bill Would Ban Police from Buying Your Personal Data
City Job Application Demands Passwords to Your Facebook, MySpace, Twitter, and Other Accounts
You May be Owed Money from Paypal in Class Action Settlement for Improper Holds, Reserves, and Suspe...
Studies Show Nobody Reads Terms of Service
Share the knowledge

Number of people who have enjoyed this article: 1,985