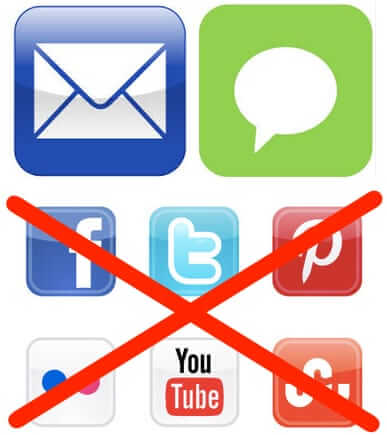 In the past few years the term “dark social” has come into play, but just what is dark social – what does it mean, and why does it matter (if it does matter)? Here’s the low-down on dark social.

While most things associated with the Internet that have the term “dark” in them – such as “darknet” or “dark net” – refer to below-the-radar, shadowy, or even sinister, activity on the Internet, the term ‘dark social’ basically means ‘stuff that is shared directly, rather than through measurable social media channels’ (which is in a sense below-the-radar, but not sinister – in fact, we consider it privacy protecting).

The term ‘dark social’ was first used in 2012, in an article in The Atlantic, specifically to mean the sharing of content (such as the link) in a way that cannot be measured by analytics. To use this article as a simple example, again, if you share this article using the Facebook share button to your left, it will increment the share count by one.

On the other hand, if you copy and paste the link into an email to your friend, the Facebook share count will not be incremented, and we won’t know that you’ve shared it. And frankly, we don’t care, but a lot of companies spend and earn a lot of money tracking exactly this sort of social sharing. So when you employ “dark social” sharing, sharing directly rather than through a social media sharing button, you are thwarting their using your share data for their analytics.

And we think that there’s nothing wrong with that.

But there’s the thing: marketers and others who rely on those analytics sometimes talk about dark social as if you are doing something wrong to engage in it rather than letting them count your shares. An article on Hootsuite paints a scenario of emailing a link to a friend and then observes “Congratulations, you’ve just engaged in a “dark social” act.” How sinister does that sound?

Even if not intended to make you ‘wrong’ for sharing via dark social, make no mistake – the marketers are taking notice.

Says a recent article in MediaPost, “According to a recent Radium One study, 59% of all online sharing is via dark social. Further, a whopping 91% of Americans regularly share information via dark social methods. This study also showed that 72% of sharing is simply users copying and pasting long URLs and either e-mailing or texting the information.”

So, now you know what dark social is, so you can chortle maniacally to yourself whenever you hit ‘send’ on an email or text message in which you are sharing a link.

More Than Half of Americans Check Email in Bed
Facebook Discontinuing Facebook Email, Now Forwarding It to Your Personal Email Address
Google Buzz: What it Is, How to Use it, and Whether to Bother
Is OK Cupid Selling Your Answers to Their Questions?
What is Zoom and Why is Everyone Using It?
Facebook Stalking You for Their Advertisers - Here's How
5 Practical Microsoft Apps You Should Have On Your Android or iOS Device
Canadian Clothing Company High on Life's Social Media Stunts at Yellowstone Land Them in Hot Water
Share the knowledge