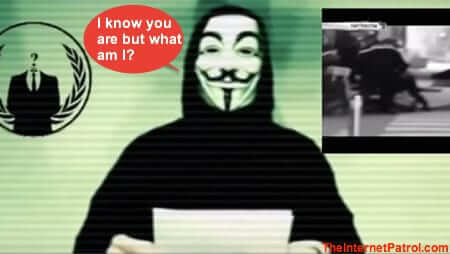 The hacker group known as Anonymous has declared cyber war on ISIS (the Islamic State, which also goes by ISIL and Daesh). While Anonymous has actually stated this previously, they have stepped up their game, and their public announcements of this war on ISIS, following last Friday’s attacks in Paris. In response to the announcement, ISIS released their own statement, calling Anonymous “idiots”.

In a video posted on Saturday, the day after the Paris attacks, Anonymous declared “These attacks can not go unpunished. That’s why Anonymous around the world will hunt you down. Yes, you vermin that kill innocents, we will hunt you down, as we have done since the attacks of Charlie Hebdo. So expect a massive reaction of Anonymous. Know that we will find you and we do not let go. We will launch the biggest operation ever undertaken against you, you can expect a large number of cyber attacks. The war is triggered, get ready. The French people are stronger than everything and will rise even stronger from this atrocity, know it.”

Video in Which Anonymous Declares War on ISIS

In response, ISIS sent out its own message via the app Telegram, which allows users to coordinate with up to 200 other users, in a secure, encrypted environment. 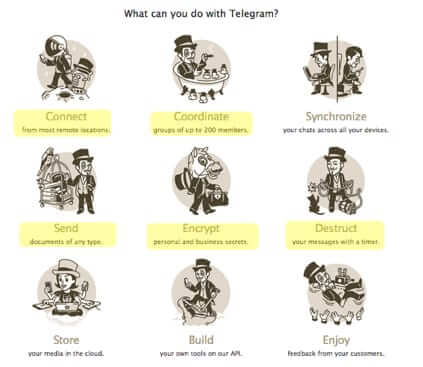 Telegram themselves, which CNN has called the “hot new thing among jihadists”, is actively blocking ISIS Telegram channels as they become aware of them but, of course, it’s like a game of whack-a-mole. 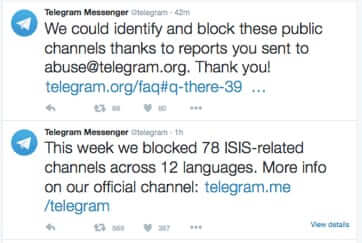 Said ISIS, in their statement sent to fellow ISIS members:

#Warning
O’ brothers of tawheed
The #Anonymous hackers threatened in new video release that they will carry out a major hack operation on the Islamic state (idiots) what they gonna hack all what they can do is hacking Alansar twitter accounts, emails, etc..
So U should follow the instructions below to avoid being hacked:
1. do not open any kind of links unless u r sure from the source.
2. use vpn and change ur IP constantly for security reasons.
3. Do not talk to people u don’t know on telegram and block them if you have to cause there are many glitches in telegram and they can hack you by it.
4. Don’t talk to people on twitter DM cause they can hack u too.
5. Do not make your #email same as your #username on twitter this mistake cost many Ansar their accounts and the kuffar published their IP so be careful.

{Ed. note: ‘Ansar’ translates roughly to ‘helpers’, ‘towheed’ or ‘tawheed’ roughly translates to the concept of oneness or unity, and ‘kuffar’ is a derogatory term for non-Muslims.}

Anonymous, for their part, is also issuing statements on Twitter, such as this one:

Of course the question is, will this all amount to something of consequence, or is it just a p*ssing contest with a lot of d*ck-waving?

According to at least some experts, this is a real aspect of the war by and against ISIS.

According to U.S. policy advisor and cyber-security expert David Gewirtz, in an interview with CBS, “Cyberattacks can have a tremendous impact. Of course, they can’t be used to arrest people or take terrorists off the field, but they can certainly be used to compromise structural components of terrorist operations. More to the point, they can go after both the money that terrorists have and their funding sources. Damaging the money flow can certainly have an impact on the terrorists’ operations.”

Despite having been villified for their role in leaking the PRISM documents, Anonymous certainly seems to be putting in an effort to fight the good fight.

Largest Set of Sky Survey Astronomical Data in History Made Available Online
Internet Infection Holds Your Files Hostage for Ransom - On Your Own Computer!
Facetime with Your Plants! (And Water Them from Anywhere)
FBI Urges 2022 China Olympics Athletes to Leave Phones at Home and Use Temporary 'Burner' Phones (In...
Verona Dating App Connects Israelis and Palestinians to Advance World Peace
Samsung Issues Urgent Recall Due to Exploding Batteries in Galaxy Note 7
Equifax Data Breach Settlement: What to Expect if you Submitted a Claim
What are the Odds that Your Hacked Personal Data Will be Used?
Share the knowledge

Number of people who have enjoyed this article: 1,764