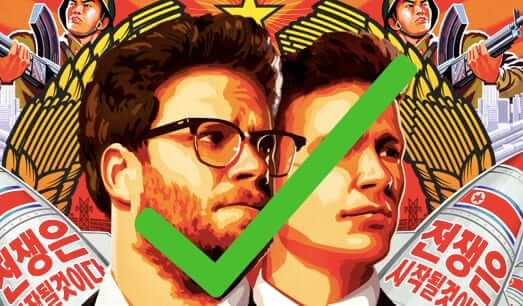 Sony Pictures, for reasons known only to them, has done a 180 and will now allow a “limited theatrical release” of the movie The Interview, according to Sony CEO Michael Lynton. So what theaters are showing The Interview? At least two theater chains are known to be airing The Interview, with, almost certainly, more theatres to follow. There have also been hints of The Interview streaming via video on demand (“VOD”), and while the outlet has not yet been announced, there are rumours that it will be on Crackle, which Sony owns.

As we reported earlier, Sony pulled The Interview from distribution following a hack and threat that many believe was perpetrated – or at least backed – by North Korea (although many also discount that theory).


As the threats included such language as “Remember the 11th of September 2001. We recommend you to keep yourself distant from the {places screening the movie} at that time,” movie theatres told Sony that they would not screen The Interview, and eventually Sony cancelled the Christmas day release of The Interview.

However, countless movie goers, Hollywood names, and even President Obama, chided Sony for its decision to pull the movie (although for differing reasons, including that many were looking forward to it, some claimed (wrongly) it a 1st Amendment issue, and for giving in to terrorists, in that order).

Today, Sony reversed its decision, and said that it would release The Interview on Christmas day, in the “limited theatrical release.”

“We have never given up on releasing The Interview, and we’re excited our movie will be in a number of theaters Christmas Day,” said Lynton. “At the same time we are continuing our efforts to secure more platforms and more theaters so that this movie reaches the largest possible audience.”

Lynton went on to say “I want to thank our talent on The Interview and our employees, who have worked tirelessly through the many challenges we have all faced over the last month. While we hope this is only the first step of the film’s release we are proud to make it available to the public and stood up to those who attempted to suppress free speech.”

The news first broke when Tim League, Founder of Alama Drafthouse Cinema, announced “Breaking news: Sony has authorized screenings of THE INTERVIEW on Christmas Day. We are making shows available within the hour. #Victory”

The Alamo Drafthouse theater chain has eleven theaters in Texas, as well as locations in Virginia, Michigan, Kansas City, Colorado, and New York. (This is a link to their Wikipedia entry, because so many people are hitting their website that it’s impossible to reach as of the time of this writing.)

In addition to the Alama Drafthouse theaters, the Plaza theatre in Atlanta will be screening the movie.

We’re pretty sure that other theaters will be jumping on board as soon as they can.

President Obama, on vacation in Hawaii, applauded the move by Sony. Said White House spokesman Eric Schultz, “The President applauds Sony’s decision to authorize screenings of the film. As the President made clear, we are a country that believes in free speech, and the right of artistic expression. The decision made by Sony and participating theaters allows people to make their own choices about the film, and we welcome that outcome.”

We will be updating this article with additional locations as they become available, as well as with information as to where you can watch it online when that happens, although the rumours that it will be release on Sony’s Crackle seem a good bet. 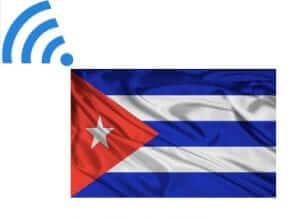 What the new U.S. – Cuban Relationship Means for Cuba and the Internet