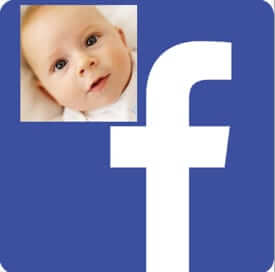 The Supreme Court of Oklahoma has ruled that telling someone on Facebook that they are the father of your baby is not sufficient notice of paternity to then be able to put the baby up for adoption without their consent. The ruling came in the case of Billy McCall and Marshall and Toni Andrews, the putative adoptive parents of his two-year-old daughter, who was surrendered to them by her unnamed teenage mother (identified in the case only as “T.Z.”) with no notice to McCall.

The only notice that the biological mother provided to Billy McCall was a Facebook message that she sent him, telling him that she was pregnant. McCall says that he never saw that message until after the child was born, and that he had no idea that he was going to be a father, or that he was a father, until a week after the birth of his daughter.

And there is no record anywhere that suggests that she sent him any follow-up expressing her intent to place the child for adoption.

But place the child for adoption she did, and in fact the baby girl left the hospital with Marshall and Toni Andrews.

After his daughter was born, according to reports, McCall would regularly visit with her while she was in the Andrews’ care. However in May of 2013, a lower court terminated his parental rights, despite his showing that he had not consented to the adoption, and that he was maintaining regular contact with his daughter even while she was at the home of her putative adoptive parents.

An intermediate appellate court upheld the termination of McCall’s parentals rights, but this week the Oklahoma Supreme Court reversed the lower courts’ rulings, saying that “This court does not believe that attempts to provide notice via Facebook comport with the requirements of due process. While the adequacy of Facebook as a means of providing notice in a due process context is an issue of first impression in Oklahoma, to date only one federal court – of at least three that have considered the issue – has allowed service of process via Facebook and even then only as a supplementary means of providing notice.”

“This court is unwilling to declare notice via Facebook alone sufficient to meet the requirements of the due process clauses of the United States and Oklahoma Constitutions because it is not reasonably certain to inform those affected,” Justice Douglas Combs went on to say.

Justice Winchester, in dissent, however, opined “Why would Facebook be any less reliable than other forms of electronic communication?”

There is, suggests Justice Winchester, “no support that Facebook is less dependable as an actual notice than a fax, a letter or some form of email other than Facebook.”

Facebook as a reliable way to serve legal notice that can have a lasting effect on lives? Now that may be just about the scariest proposition that we have heard all week.

3 thoughts on “Paternity Notice on Facebook not Enough for Termination of Parental Rights, Rules Court”

Number of people who have enjoyed this article: 3,008