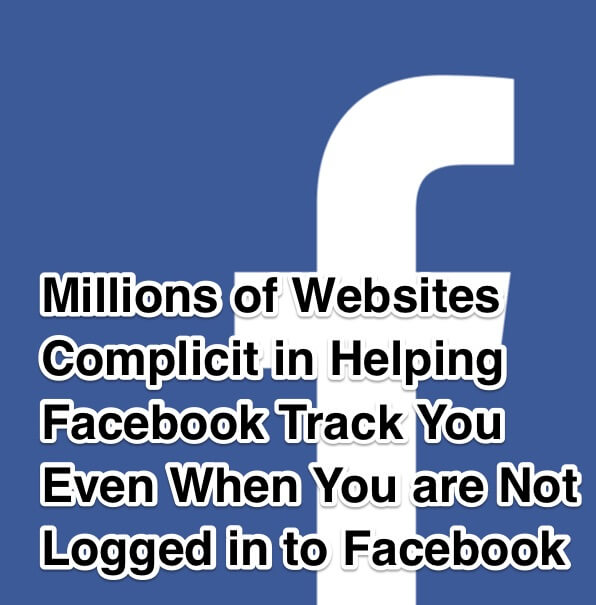 Today we are going to explain to you a few of the ways that Facebook is able to track you even when you are not logged in to Facebook, and what you can do about it. The fact is that Facebook has done a very good job of getting into many, if not all, of the places that you go on the web.

Facebook was sued by multiple people, which lawsuits were then consolidated into a class action lawsuit, in 2012, over the tracking of Facebook users around the web, and even when they were not logged in to Facebook. Still, the tracking continues to this day. There are a couple of the ways that Facebook still tracks you.

We first wrote about Facebook’s creepy way of showing you ads for things that you have been researching outside of Facebook back in 2014. Guess what, they are still doing it, and while they claim to explain how that works on this page, it really doesn’t explain the ‘how’ at all. On that page, Facebook says:

How does this work?

Let’s say that you’re thinking about buying a new TV, and you start researching TVs on the web and in mobile apps. Based on this activity, we may show you ads for deals on a TV to help you get the best price or other brands to consider. And because we think you’re interested in electronics, we may show you ads for other electronics in the future, like speakers or a game console to go with your new TV.

However, on that same page Facebook explains that “We also learn about your interests from some of the websites and apps you use.” going on to say that “We call this online interest-based advertising, and many companies do this.” < -- Note the "everybody else is doing it" excuse, which most outgrow by age 14.     So how exactly is it that Facebook is able to track you on those websites? Here are a couple of ways:

Said the Court, in its decision, “The consequence of embedding that button appears to be that when a visitor consults the website of FashionID, that visitor’s personal data are transmitted to Facebook Ireland. It seems that that transmission occurs without that visitor being aware of it and regardless of whether or not he or she is a member of the social network Facebook or has clicked on the ‘Like’ button.”

Now, while this court decision was specific to Facebook’s Ireland center, there is no reason – none at all – to think it isn’t happening elsewhere, particularly in the United States, which has the laxest of privacy laws.

If you happen to be on a website that uses a Facebook comments plugin as their comment management system, and you leave a comment, your comment, along with who-knows-what-all information about you (at a minimum that you were on that site, and what article you read) is sent back to Facebook. But wait, there’s more. 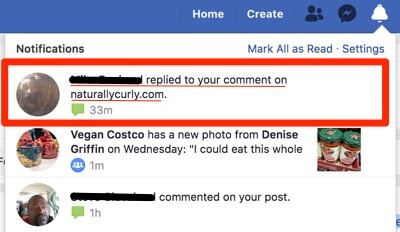 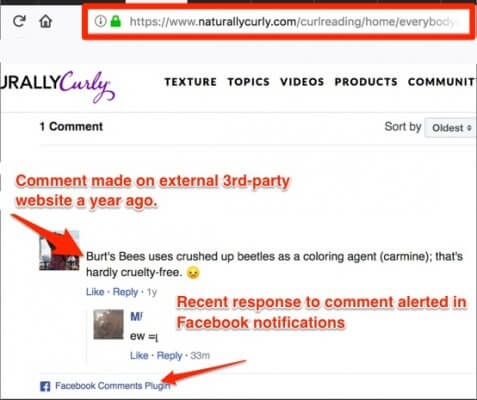 First, it’s important to understand that you can never completely get away from Facebook tracking so long as you are on the Internet. That is because, as mentioned above, Facebook can track certain of your activities even if you don’t have a Facebook account at all, so long as you visit a site which has given Facebook access to their visitor data, such as through the displaying of the Facebook Like button.

However, you can minimize it.

If you do have a Facebook account, the first step is to go to your settings, and turn off tracking as much as possible. 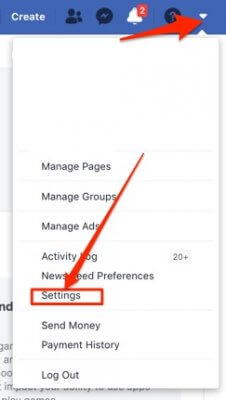 You’d be surprised how many websites you visit and apps you use that have Facebook tracking set up. Here are some that we removed.

Now go down to the next area on the same page and find this: 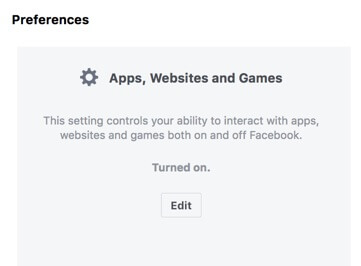 Make sure that you have this turned off. 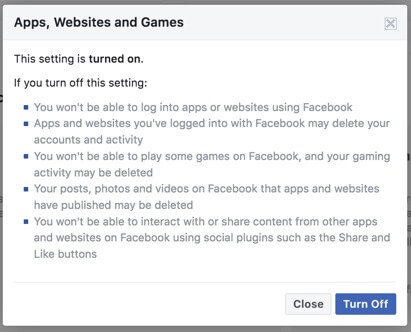 Yeah, that’s kind of the point.

Once you have done that, the name of the game is being observant and vigilant. If you really want to minimize Stalkbook Facebook tracking what you do across the Internet, then whenever you see an indicator that a website has installed something which gives Facebook access to your movements, such as the Facebook Like button, or the Facebook comments plugin, or really anything to do with Facebook, leave. Although you first may want to let the website owners know why you are not giving them your eyeballs.

Last, but not least, use a private browser window when you are online. We say “not least” because it’s a good thing to do anyways, and thwarts all sorts of tracking, not just Facebook. We recently tried the Brave browser which is by default ‘private’, and also alerts you to various trackers when you hit a website, however we didn’t love it, and frankly, as it’s built on Google Chrome, we don’t really trust Google even if the good folks at Brave have the purest of intentions. However, nearly all, if not all, browsers now offer a private window option when you click on the File menu. 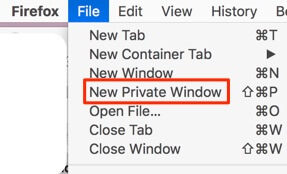 How do you feel about all of this? Let us know in a (non-Facebook pluginned ;~) ) comment.