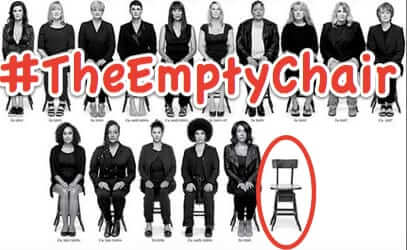 Wondering what is the #TheEmptyChair and the #EmptyChair hashtag all about? You would be forgiven if you were thinking that it was a reference to the prophet Elijah, but it’s not. It’s referring to the women who don’t come forward after being sexually assaulted, and so are faceless, nameless, and uncounted.

It all started with the cover of New York magazine last week. The cover story was about the Bill Cosby debacle, and how thirty-five women have now come forward and spoken out, revealing that that they were among Cosby’s targets. Those 35 women were shown on the cover, seated in rows of chairs – with one empty chair at the end intended to signify 11 other women who were unwilling to be named and come forward – or, as the British outlet Red puts it, “who chose not to participate in the story, but whose experiences are no less valid and still need to be considered.” 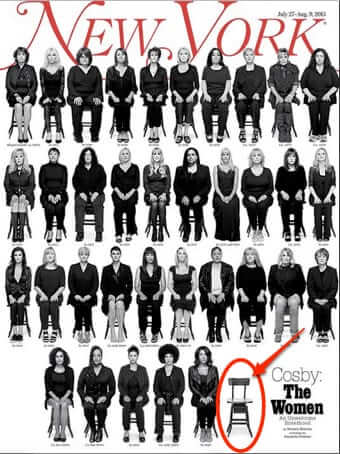 Outspoken (and we mean that in a good way) journalist Elon James shared a picture of the New York cover, with the hashtags #TheEmptyChair and #BillCosby, and from there it started to take on a life of its own. 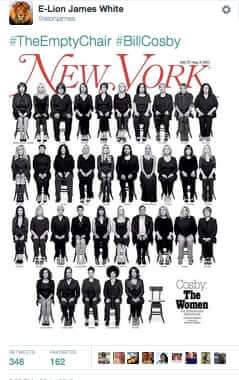 Women started DMing (direct messaging) James on Twitter, telling of their previously untold own experiences with sexual assault, many of which he then anonymously shared on Twitter.

Within a half hour, women had started using the #TheEmptyChair hashtag, telling their own stories. 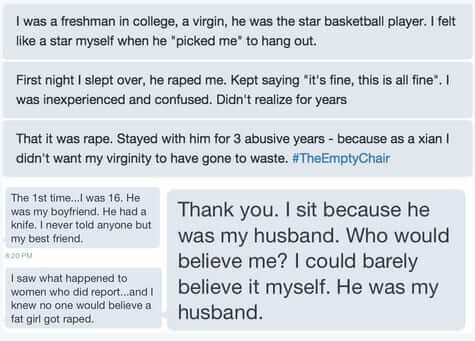 And just like that, Elon James found himself channeling all of the pain and anguish of women who had kept silent – “in the empty chair” – for so long.

And that is what the #TheEmptyChair hashtag is all about.

The Empty Chair – the other three little words that have brought a feeling of not being alone to so many.