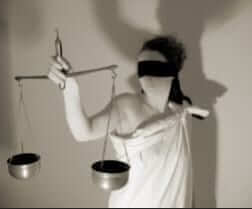 As we reported last month, Microsoft has been pushing the update to Windows 10 on its users even if they didn’t ask for it, don’t want it, and thought they were refusing it. Now Teri Goldstein of Sausalito, California has won $10,000 from Microsoft after suing MS for the unauthorized upgrade, which she says ruined her computer.

It was back on May 24th that we first reported on Microsoft forcing the Windows 10 update on users, not only without their permission, but even over their objections (by which we mean they were refusing the upgrade and dismissing the upgrade message, but the update was scheduled anyways, and done automatically).


In Goldstein’s case, it seems she never even got the opportunity to dismiss the update, not that it would have made a difference. Says Goldstein, in an interview with the Seattle Times, “I had never heard of Windows 10. Nobody ever asked me if I wanted to update.”

The update no only caused her computer to slow down to a snail’s pace, but it caused it to crash, and to be “unusable for days.”

When calls to Microsoft customer service did not alleviate the problem, Goldstein sued Microsoft in California small claims court, and was awarded $10,000 in damages.

Said Goldstein, in an email to RedmondMag:

“Microsoft needed to be held accountable for its negligence regarding the forced Windows 10 upgrade which rendered many users’ computers useless. Microsoft cannot just say, ‘Read our User agreement form, we hold no responsibility, you cannot sue us and go away.’ Just because they are a large corporation does not make them exempt from consumer business rules.”

“California is one of the strictest states in the USA regarding consumer rights. There is a California Uniform Commercial Code which protects consumers. In section 1792 it clearly states that all products and services sold or distributed in California have an implied warranty to be fit for purpose. This code overrides any corporation’s user agreement form. Microsoft knew that its Windows 10 was not fit for purpose and allowed its release anyway. They used thousands of people like myself to learn how to troubleshoot the problems with no concern of consequences to the users. This is totally wrong.”

While Microsoft originally filed an appeal, that initial appeal was either denied, or Microsoft pulled it (accounts differ), but in any event Microsoft decided not to pursue (further) appeals, saying that they did so “to avoid further litigation costs,” while admitting no wrongdoing, and telling the Seattle Times that “We’re continuing to listen to customer feedback and evolve the upgrade experience based on their feedback.”

We can only imagine what feedback they are getting on the forced Windows 10 upgrade.

2 thoughts on “Woman Wins $10,000 from Microsoft Over Unauthorized Windows 10 Upgrade”