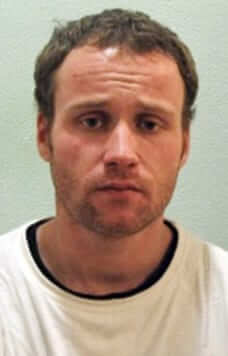 Tom Berge, of London, is a homebuilder who knows the value of lead – lead which is often used in the roofs of London buildings. Lead is used in roof building where a soft, pliable metal is needed, such as around roof flashings.

Berge, being a homebuilder, knew all this.

So he turned to Google maps, and started scoping out all the roofs in London, quickly determining which ones had lead.

Then he visited the roofs, and stole the lead.

And he was not discriminate with regards to from which buildings he would steal the very roof over their heads. He stole from museums, schools – even a church.

According to a friend of Berge’s, “He sat at home and scoured south London for targets with just a few clicks of the mouse. He homed in on all sorts of buildings – many of them listed. He could tell the lead roofs apart on Google Earth as they were slightly darker than normal.”

After a 6-month crime spree during which he got the lead out from many roofs, Berge was arrested, and given an 8-month suspended sentence in exchange for performing 100 hours of community service. He was also given a curfew.

A lead investigator on the investigation said that “Since then our crime figures for theft of lead have reduced significantly.”

No word on whether British lawmakers are considering introducing a law that would require Google maps to blur all lead roofs, but if they take a cue from their California counterparts, who are trying to pass a law to require Google to blur buildings of interest to terrorists in Google maps, it could happen.

Woman Wins $10,000 from Microsoft Over Unauthorized Windows 10 Upgrade
Got the "Earnings at risk - You need to fix some ads.txt file issues to avoid severe impact to your ...
Google, Microsoft, Yahoo and Facebook Fight Back to Thwart NSA
Samsung Issues Urgent Recall Due to Exploding Batteries in Galaxy Note 7
How to Make Gmail Stop Threading Email Conversations (in Mobile Too)
U.S. Government in Talks with Google, Facebook, to Track Location of Where Individuals with Coronavi...
You May be Owed Money from Paypal in Class Action Settlement for Improper Holds, Reserves, and Suspe...
Data Broker was Selling Location-Tracking Data of People Visiting Abortion Providers
Share the knowledge

Number of people who have enjoyed this article: 4,427