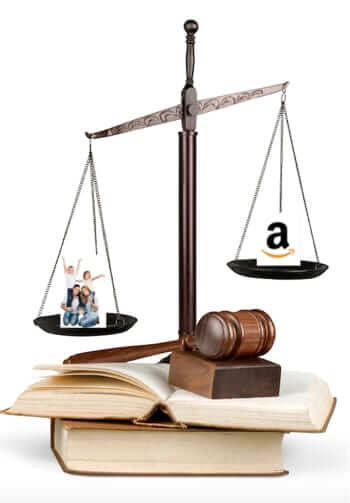 If you don’t have kids who use children’s apps, you may not be aware of the lawsuits against Apple, Google, and Amazon for allowing children to make unauthorized (because unauthenticated by password) purchases in apps that are geared towards children.

In 2014 the Federal Trade Commission (FTC) brought suits against all three companies for these practices, and Apple and Google settled, agreeing to pay back millions each. But Amazon steadfastly refused, and went to trial. Now a Federal court has told Amazon that it must do what Apple and Google have already done. In fact, it did it on summary judgement, which should tell you something (it means that the court found that there was no genuine dispute as to any material fact and the FTC was entitled to judgment as a matter of law).

Why Amazon chose to fight this when it was so seemingly clear cut is not, er, clear.

While the summary judgement means that the Court found that Amazon is responsible, it has not yet decided how much Amazon will need to refund its customers. There will be additional hearings on the issue, with the Court ordering both Amazon and the Federal Trade Commission to weigh in on how much that should be.

Said FTC Chair Edith Ramirez, “We are pleased the federal judge found Amazon liable for unfairly billing consumers for unauthorized in-app purchases by children. We look forward to making a case for full refunds to consumers as a result of Amazon’s actions.”

In 2014 Google settled with the FTC to the tune of at least $19million, and Apple settled for $32.5million.

Number of people who have enjoyed this article: 666