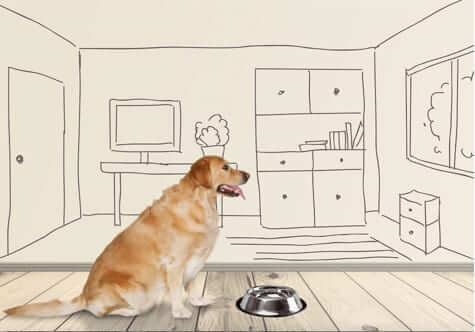 What would you do if you posted a review on Yelp and then were sued by the business that you had reviewed, over that Yelp review? That’s exactly the situation that Robert Duchouquette and his wife Michelle found themselves in after posting a negative Yelp review for Dallas pet sitting service Prestigious Pets. You see, in the Prestigious Pets service contract, the last paragraph contained a ‘non-disparagement clause’, basically saying that their customers cannot disparage them.

In October of 2015, in her Yelp review of Prestigious Pets, Michelle Duchouquette explained that they had tried Prestigious Pets because their regular dog sitting service was closed, and so they needed to find another service to take care of their dogs and pet fish while they were away. She went on to clearly articulate the reasons for the one star review, which included Prestigious Pets not being willing to provide a phone number at which she could reach them while away, the requirement that if the Duchouquettes wanted a daily update it was up to them to email Prestigious Pets every day requesting it, their charging her to return her keys to her, charging extra for walks (rather than just a home visit), and lack of communication and poor care of the fish. She made a point of saying that the care of the dogs was adequate.


Prestigious Pets co-owner David McWhorter (“David M.”) responded to Duchouquette’s Yelp review, on Yelp, thanking her for her review and responding to most of her points at length, explaining Prestigious Pets’ position, and saying that “In order to make absolutely sure that nothing important falls though the cracks, our sitters know the importance of including the office in communications regarding care, scheduling, details, updates, and more. (phone OR email). A single, individual person missing a phone call or a text will not ever inhibit communications with our customers and our great staff about their wonderful furrkidds, because we ensure several eyes are watching and ears are listening.”

While up until then it seems that Prestigious Pets had enjoyed a number of good reviews, the Duchouquettes are by far not the only people who have been unhappy with Prestigious Pets’ services. Just a month after the Duchouquettes’ review, Tatiana Narvaez posted a Yelp review of her own. Also a one star review, Narvaez too complained about not being able to have a phone number where she could contact the person responsible for caring for her cats, about having to email them every day just to request an update, and the brevity of the visits – often less than half the amount of time she was actually paying for (she was paying for 20 minute visits, and says the sitter was rarely there for more than 10 minutes, and sometimes just 5 minutes).

(By far the most heartbreaking incident of which we are aware was posted just this February, not on Yelp, but over on ComplaintsBoard.com, in which the individual came home to find his cat dead with no food or water.)

David McWhorter responded to Tatiana as well, again thanking her for the review, and presenting their side.

But let’s look at the timeline here:

McWhorter posted his response on November 3rd, in which he thanked Duchouquette and presented his explanation.

What he failed to mention was that on October 30th, a mere two days after Duchouquette had posted her review, and 4 days before McWhorter posted his seemingly innocuous and conciliatory reply on Yelp, a letter and email from McWhorter’s lawyer had been dispatched to the Duchouquettes, quoting Duchouquette’s review in full, and demanding that they “immediately cease and desist from any and all further publication of any false statements regarding Prestigious Pets, including but not limited to false statements contained in your Yelp review.”

The demand goes on to say “Please note, if this demand is not immediately and fully complied with, my client reserves the right to seek legal and injunctive relief from a court of competent jurisdiction. In such a lawsuit, we will seek to obtain from the court both temporary and permanent injunction relief. In addition, we will seek recovery of all costs and attorney’s fees that would be necessitated by having to resort to legal action.”

This all hinges on that non-disparagement clause in the Prestigious Pets pet sitting contract that we mentioned at the outset. It reads:

Ok, back to the timeline.

Just two weeks after Michelle Duchouquette posted that review, the McWhorters filed a lawsuit against her in small claims court. The lawsuit by Prestigious Pets against the Duchouquettes demands $6766 from them, predicated on the non-disparagement clause.

Two weeks after that, Tatiana Narvaez posted her one-star review, having no idea that Prestigious Pets had sued Duchouquette over their one star review.

And two weeks after that, yep, you guessed it – Prestigious Pets filed a lawsuit against Narvaez, in the amount of $5240, although that suit does not mention the non-disparagement clause. (Both lawsuits are hand-written on Small Claims Court forms, and filed directly by the McWhorters pro se (on their own, without an attorney).)

So, what is going to become of all of this?

In an interesting twist, lawyers for the Duchouquettes have filed an anti-SLAPP motion to dismiss the McWhorters’ lawsuit against Duchouquettes under the Texas Citizen Participation Act (TCPA), which is Texas’ state level anti-SLAPP law. (A so-called SLAPP lawsuit is a lawsuit that is considered to be a strategic lawsuit against public participation – hence ‘SLAPP’). The lawyers are doing this pro bono and have, we are told, also offered to represent Narvaez pro bono if she needs it.

The citizen advocacy group, Public Citizen has gotten involved as well, and, we are told, is in the process of filing an amicus brief.

Where this will all end is anybody’s guess, as there are a lot of unanswered questions, including can a non-disparagement clause stand at all in the face of – you know – the 1st Amendment (assuming the statements are true), and can Prestigious Pets stand in the face of the court of public opinion? 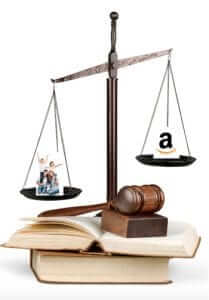 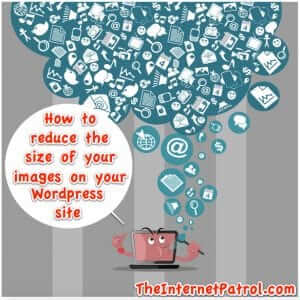