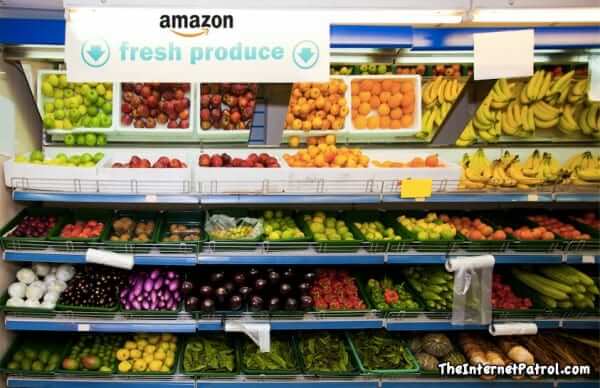 Amazon has announced that it will be building a series of physical, brick-and-mortar convenience stores. The new Amazon grocery stores will be competing with your corner store and gas station convenience store for your purchases of perishables such as milk, meat, eggs, and produce. Amazon also plans a series of drive-up convenience stores, so that you can order food and other products online, and then have same-day delivery curbside to your car.

In fact, the plans, dubbed ‘Project Como’ by Amazon according to the Wall Street Journal, eventually include license plate reading recognition technology to make the drive-up aspect faster and even more convenient.

With lots of same-day food delivery services failing to pan out, and with the unquestionable overhead of physical retail locations, why would Amazon head in this direction?

Well, as the MIT Technology Review points out, in an article entitled Amazon Wants to Disrupt the Bodega, this is not the first time that Amazon has crushed its real-world, brick-and-mortar competitors, only to then open its own stores. Take bookstores – which Amazon did. Countless mom-and-pop book shops folded in large part owing to the online juggernaut that is Amazon. Then Amazon went and opened its own physical book stores.

Adds David Lewis, of the U.S. Marine Corps Base Exchange, “Amazon is a challenge for everybody because people can sit at their home with their feet up and order whatever they want. It’s a challenge and we have to find our inroads to beating them; to make it convenient for the convenience store at your home. It is a threat — it is a threat for everybody. It was a threat last Black Friday for the big-box stores, and it’s going to be a threat for the convenience stores going forward.”

The average American family spends about $5,500 a year on groceries, and, says the Wall Street Journal, while that represents about 20% of consumer spending, online grocery sales account for only about 2% of U.S. grocery sales.

So certainly one reason for Amazon’s move to in-person grocery sales may be to capture more of that 20% of spending.

But the MIT Technology Review points out another, and perhaps even primary, motive for Amazon. More big data.

Says Technology Review’s author, Michael Reilly, “Its plans for alimentary domination are a way to get people into its stores, record their buying habits, and keep them coming back for food and more profitable items.”

And that may be tough for some consumers to swallow.

So how about you? Will you shop at an Amazon convenience store if one crops up near you? And would that depend on whether it replaced another local shop?

Target Will Match Amazon Prices on the Spot! Here is How to Get that Amazon Price at Target
Amazon Offers 'Made on Kickstarter' Section
Newest Amazon Order Scam Spam
How to Host and Link to Videos Using Amazon S3
How to Remove Amazon Fresh and Whole Foods Market from Amazon Search Results
Amazon Double Charging Credit Card or Debit Card for Orders: What to do if Amazon Double Charged You
Is Amazon Down? Yes, Amazon Web and Elastic Compute Cloud (EC2) Services Down on July 28, 2022
List of Words that Will Get Your Amazon Review Rejected
Share the knowledge

One thought on “The New Amazon Grocery Store – Coming to a Corner Near You?”

Number of people who have enjoyed this article: 849