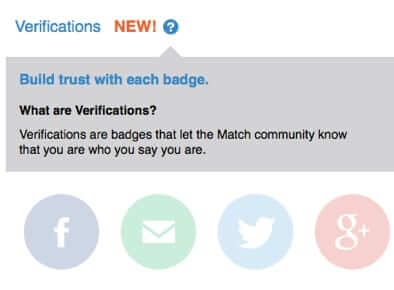 What could possibly go wrong?

Do You Want People to Know Your Real Identity on an Online Dating Site Such as Match.com?

One of the reasons that people have a level of comfort putting themselves out there on a dating site such as Match.com or OKCupid is that there is a certain amount of anonymity. You pick a user name, and you only have to reveal your true identity to someone if you choose to do so.

Now, sites such as Twitter and Facebook have a “verified user” status available for public figures, celebrities, and the like, so that people who follow those accounts can be assured that they are in fact following the real deal. 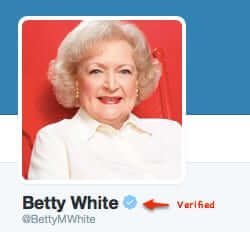 But certainly public figures of that stature are very unlikely to be on a dating site, and if they are, they aren’t going to want to announce it to the world.

But even the average citizen isn’t going to be (and shouldn’t be) comfortable with announcing to the world who they really are on a dating site. After all, if people wanted to publicly out themselves as being on a dating site they wouldn’t need sites such as Match and OK Cupid. Instead something like ImSingleAndHeresWhoIam.com would be the hottest dating site on the Internet.

Now, perhaps, if you verify your email address, then it doesn’t really give up who you are, at least as compared to giving Match your Facebook, Twitter, LinkedIn or Google+ identity. But they already have your email address, which you have already verified when you set up your account on Match.com.

We have written before about the issue of sharing across social media platforms. When you log in to Facebook or another social media account from somewhere else (such as, oh, say, Match.com), you run the risk that they are sharing all sorts of things about you between the entities.

But perhaps more importantly, when you verify your social media account(s) with Match.com, you are creating a link between CuteBlonde on Match.com, and Jane Doe on Facebook or LinkedIn.

And whether Match openly displays that link or not (although given the “let the Match community know that you are who you say you are” language, it seems pretty clear to us that the intent is to confirm that link – so that the ‘Match community’ knows that you are Jane Doe), all it takes is one data breach for that link to be exposed even if it is otherwise not.

In our article on how to bust a dating site scammer, we explain in step-by-step detail Google’s reverse image search, and make no mistake: that can be used to find you.

Which Leads Us to the Stalkers

Hey, I’ve been on dating sites (how do you think we get the material for our articles on dating sites?) There are some really creepy people out there, who won’t leave you alone. This is true for men as well as women (oh, the stories we hear). At least when they aren’t leaving you alone on a dating site, they don’t know who you really are.

Can you imagine if they knew who you were?

As we say, a stalker’s paradise.

Now, sure, decent dating sites allow you to block people who are bothering you. On the dating site.

Bottom line? There is no way in hell that I would publicly reveal my real identity on a dating site.

And we suggest that you don’t either.

2 thoughts on “The New Match.com Verification Option – a Stalker’s Paradise?”

Number of people who have enjoyed this article: 11,034