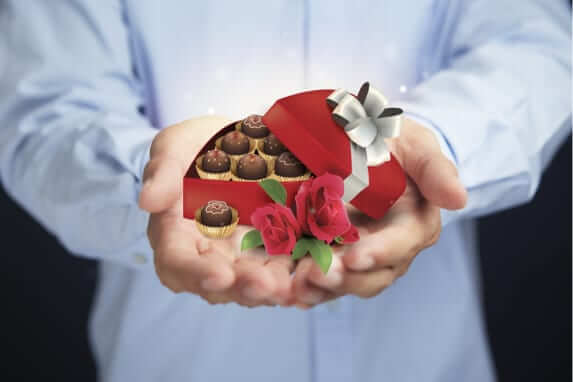 Move over, ghosting and breadcrumbing, stashing and submarining, there’s a new kid in town: mosting. And by ‘kid’, we mean that they are kidding you. Kidding you about what? About that you are their most special person. Hence the term ‘mosting’: mosting = most + ghosting.

Basically, mosting looks like someone telling you – and causing you to believe – that the two of you have a real, genuine connection, and that you are the one for them. That they want you and only you. That you have a future together. That they are all in.

It’s the worst of the love crimes in many ways, because a lot of people can act charming just for sex, but only a certain breed of total phony will cry love – Tracy Moore, Mel Magazine

And then, without a word, and without a trace, they disappear.

Explains authoress Simone Paget in her first-hand account of getting mosted in the Toronto Sun, “We’d known each other for about a year, but over the past month our conversations had become increasingly frequent and intimate. I’d told him things that I don’t normally share with other people. When he sent me a text that said, ‘I can’t stop thinking about you,’ I knew that seeing each other in person sooner rather than later, was inevitable.”

While, she says, she thought to herself that “guys who are just looking to get laid don’t buy plane tickets and fly across the country, right?”, it appeared that had, indeed, been the case.

“My worst suspicions were confirmed when I returned home and our communication suddenly went from long, rambling, emotionally intimate conversations to near radio silence. I’d been ghosted,” explains Paget.

Where ghosting (disappearing without notice), breadcrumbing (texting you just enough to not qualify for ghosting), submarining (ghosting but then resurfacing a few months later), and stashing (keeping it going but never inviting you into their life) are all dating crimes of varying degree, mosting is considered to be one of the most heinous of dating crimes.

It’s not just someone being complimentary and flattering; it’s someone faking being totally smitten when they aren’t. It’s the worst of the love crimes in many ways, because a lot of people can act charming just for sex, but only a certain breed of total phony will cry love.

(For those wondering what is MEL Magazine, MEL Magazine explains that it “covers sex, relationships, health, money and culture from a male point of view.” Mel Magazine was launched by the Dollar Shave Club.)

Of course, not everyone sees it this way. Dating coach Evan Marc Katz explains that he not only understands men who do this, but he used to be one.

“…I want to invite you to consider whether you’ve ever BEEN like these guys. I have,” Katz says. “Not often. But I can probably remember a half-dozen times over the course of my prolific dating career that I either turned into mush around a woman or was intent on procuring a commitment right away. And remember, I’m a confident guy who’s generally good at this sort of stuff.”

So why do people do this? Katz says that there are several factors, including chemistry, fantasy, inexperience, hope, and, yes, loneliness and even desperation. And he also offers two piece of advice: “First, don’t think of it as ‘hurtful’ when a guy doesn’t act with consistency. It has nothing to do with you and everything to do with him,” and “if there’s a good guy who acts this way, then I think you should actually coach him. Tell him that you like him but think it’s too much/too soon.”

Katz’ article is excellent, and we recommend it to any of our readers who would like to delve more deeply into this topic. You can read it here: Why Do Some Guys Virtually Propose to Me on the First Date?

We can also highly recommend the book Trusting You are Loved.

How to Cancel a Bumble Boost (Premium) Account
OKCupid Steps in it by Removing 'Visitors' and Pitching its Removal as a "Feature"
What does "Enemy" Mean on OK Cupid?
Breadcrumbing - Worse than Ghosting?
Hot or Not, the early-Internet Dating Website that Helped Shape Social Media as We Know It Today
Online Dating Site OKCupid Down - April 2017
Verona Dating App Connects Israelis and Palestinians to Advance World Peace
How to Unsubscribe from Match.com When You Signed Up through the Match App via the App Store
Share the knowledge

Number of people who have enjoyed this article: 747