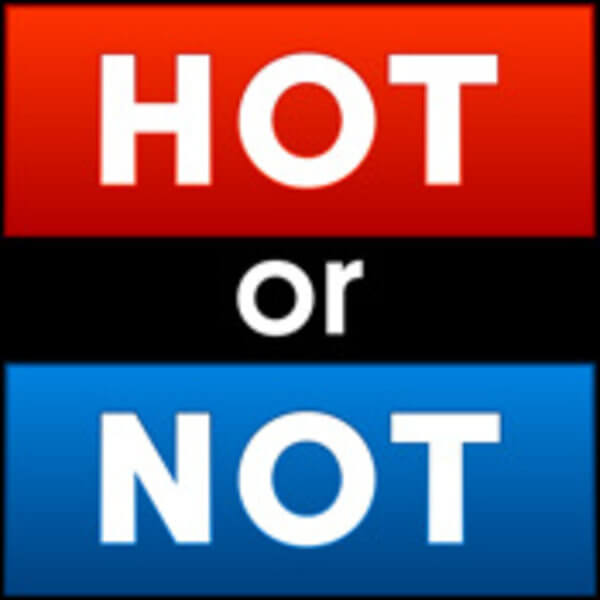 Long before Facebook, MySpace, Twitter, YouTube, WhatsApp, and Tinder, there was HOT or NOT. The social site was founded in 2000 by two buddies, James Hong and Jim Young. Soon it became an instant hit. HOT or NOT allowed people to upload their own pictures and strangers would rate the attractiveness of the person on a scale of 1-10.

Here we are in 2022 and it is almost forgotten. In fact, most Internet users are likely to dismiss it as juvenile compared to the current social sites. However, when you take a closer look, you realize that HOT or NOT shaped social media as we know it today.

One of the things the website accomplished was demystifying the posting of personal profiles in public places where they could be viewed and rated by complete strangers. While this may be the norm today, 20 years ago, it was nothing usual.

Soon after gaining traction, the website introduced a speed-dating feature known as Meet Me, much like an early version of Tinder. Though dating sites such as Match.com existed, they were not viewed as flexible or cool unlike HOT or NOT’s Meet Me because this new site offered users freedom and flexibility rather than constraining them. Conventional dating sites such as Match.com required users to have extensive bios and fill in questionnaires to prove their match, Meet Me simply required users to show they had mutual interests before being allowed to interact with each other.

According to HOT or NOT’s co-founder James Hong, HOT or NOT was based on the concept of trying to connect people. This was the same concept that inspired Web 2.0 sites that were to define social media platforms that came hot on the heels of HOT or NOT.

The website’s rating system was a simple method of interaction and remotely similar to modern likes. Whenever a user posted a picture, a basic form of expression, other users would respond or express their thought and opinions, not by using words, but by means of numerical rating.

Twitter’s co-founder and Hong’s friend, Evan Williams, says that HOT or NOT existed when the Internet was very different. However, he admits that the website influenced social media. “It was kind of a shock, the idea that people would actually upload their pictures and opt them into being rated,” says Williams.

HOT or NOT went further, to birth present-day social sites, by offering Twitter free hosting. Even YouTube started out as HOT or NOT’s competitor in the dating niche but instead of having photographs, they used videos.

During a time when ‘viral’ referred to a virus, HOT or NOT’s success came in less than a fortnight. Within a week, the site was getting 2 million hits daily. In 2008, Jim and James sold off the website for $20 million to Avid Life Media. Later, it changed hands to Hot Or Not Limited.

Sometime between 2011 and 2014 the Hot Or Not assets were acquired, and as of 2022 if you go to hotornot.com it forwards to ChatDate.app, a site operated by Badoo Trading Limited out of the UK.

Hot Or Not may have fallen out of favor but it helped shape modern-day social media.

Breadcrumbing - Worse than Ghosting?
How to Live Life Online When You Have To
As "ServerGate" Unfolds, Obama Calls for Tech Surge
Federal Agencies to Include Your Social Media Accounts in Security Clearance Background Check
Spritzr: Not Your Mother's Dating App - in Fact it's Also a Matchmaking App
You NEED to Know about Firefox Speculative Pre-Connections and How to Disable It
OKCupid Steps in it by Removing 'Visitors' and Pitching its Removal as a "Feature"
The Metaverse — a series in and of itself
Share the knowledge

Number of people who have enjoyed this article: 43