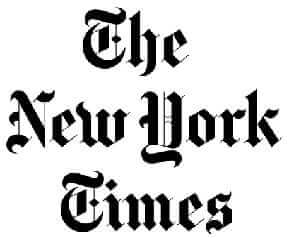 When you are scrolling through your newsfeed on Facebook and see an interesting article someone has shared – a dispatch from a war zone from the New York Times, for instance, or a listicle about the top five reasons why flossing in your 20s is better than flossing in your 30s from Buzzfeed – you are burdened with the task of clicking on that link and waiting a few seconds for the article to load. Now imagine a world in which shared articles are posted in their entirety on Facebook, much like the videos that automatically start playing as you scroll down your feed, which would mean that you never even have to leave the Facebook universe to read whatever your friends are sharing. Whether this sounds great or frightening probably depends on whether you work in the media industry.

For Facebook, this arrangement has obvious benefits. With the content on Facebook, users will stay on the site for longer – indeed, Facebook would be eliminating a major way that people leave the network for another site – and the experience for users is undeniably smoother, especially if they are using a mobile device. The initiative also increases the general quality of content on Facebook’s newsfood, which is so often clogged with pictures of food or incoherent musings from people you hardly know.

From the perspective of the publisher, this new content-sharing (or more like content-giving) arrangement will seem like pure madness. The company that spent all the money reporting, fact-checking, and producing the story simply posts it on another site. No one will visit the news organization’s site to read the story, which in turn means that no one sees the site’s advertising, and the company will not be able to collect any valuable data about its audience either.

Since hosting content directly on their site has clear advantages, however, Facebook obviously wants to entice publishers to participate. Thus, any deal would almost certainly involve some sort of agreement to share advertising revenue. The stories could be specifically packaged for Facebook and built around an advertisement, and whatever is earned from this advertisement could be split in one way or another. It is also possible that Facebook could share user data with news organizations, and the network can enable (and in fact already has enabled) publishers to target their articles to specific demographics. An article about Aaron Rodgers, for example, could be placed prominently in the newsfeed of self-identified Packers fans, bless their souls.

Whatever agreement is reached, though, Facebook is likely negotiating from the position of power, as news organizations rely on Facebook to an alarming degree to drive traffic to their sites. In order for Facebook to keep tweaking algorithms that are favorable to publishers, news organizations might have to simply play along or risk ruin. This is especially true if some initial agreements are solidified and it becomes commonplace for entire news articles to be posted on the site. Any organization that doesn’t acquiesce to the new normal could simply fade into oblivion as their Facebook-driven traffic plummets.

At the end of the day, though, it is the content that is valuable. If Facebook sucks all the revenue from publishers, there will be nothing published, and then we slip into a world in which news feeds are cluttered mostly with the minute details of a distant friend’s upcoming wedding; this is bad for Facebook, its users, and the broader human race.

New Facebook "Year in Review" Explained
Should You Have a Social Media Prenup and Are They Enforceable?
Facebook Bug Causing Legitimate Posts to be Marked as Spam
Facebook says Millions of Pictures Exposed by 'Bug' - Including Unpublished Ones
Facebook Defends Their Facial Recognition Technology to the Senate Judiciary Committee's Subcommitte...
Facebook Sued, Settles, for Allowing Underaged Girl to Open Account
Does Private or Incognito Mode Make Browsing Anonymous?
Here are the 10 Steps for How to Delete a Facebook Page in 2022
Share the knowledge

Number of people who have enjoyed this article: 1,868