Mapplegate is taking over the Internet world. Apple released their iOS 6 two days ago with one change in particular that has people buzzing – their new Maps app. Many are comparing this to Apple’s infamous 2010 “Antennagate,” when Apple released an iPhone with shoddy antennas, prompting a hasty PR cleanup job by then-CEO Steve Jobs.

It was well known that Apple was going to give Google Maps and YouTube the boot in their latest iOS, likely due to the growing rivalry between the two. What users did not anticipate was just how bad Apple’s answer to the lack of Google Maps would be. So far users are largely complaining about totally inaccurate maps, no public transit maps, and streets that are missing all together.


As we mentioned yesterday, Apple seems to have gotten a bit smug with this latest iPhone release, and it seems we are not the only ones who think that. Levick is a firm based in Washington, D.C. that manages public relations crisis’ for large companies. Their director of digital strategy Dany Gaspar outright said, “It was very arrogant of them to assume that no one would have anything negative to say, especially with another iPhone coming out, that in the long term it would just go away.” Principal analyst for Moor Insights & Strategy, Patrick Moorhead, said of the Map App, “There’s no excuse for what Apple ultimately delivered. It’s amazing what Apple thinks they can push on consumers.”

While some are grumbling, it seems that others are having a bit of fun. The Amazing iOS 6 Maps Tumblr allows users to post the best of their worst Apple Maps catastrophes, including what appears to be an airport runway with lots of hills, placing the biggest city in North Finland out in the middle of nowhere, and a drop pin in the middle of a lake. 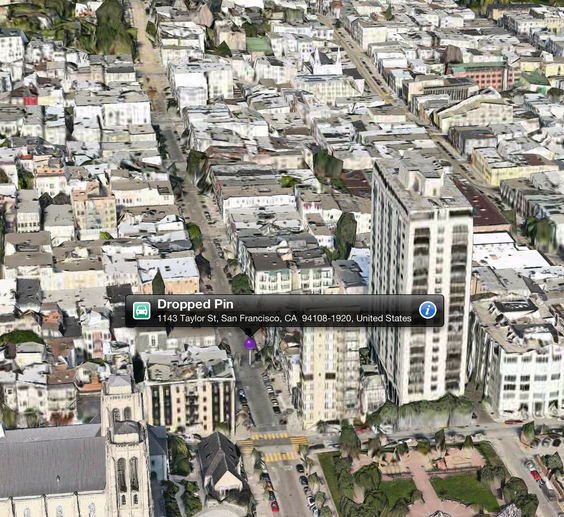 And then a parody was released, explaining the massive failure that is Apple Maps:

And finally, even the London Underground transit got in on the fun, in their own style of polite British mocking: 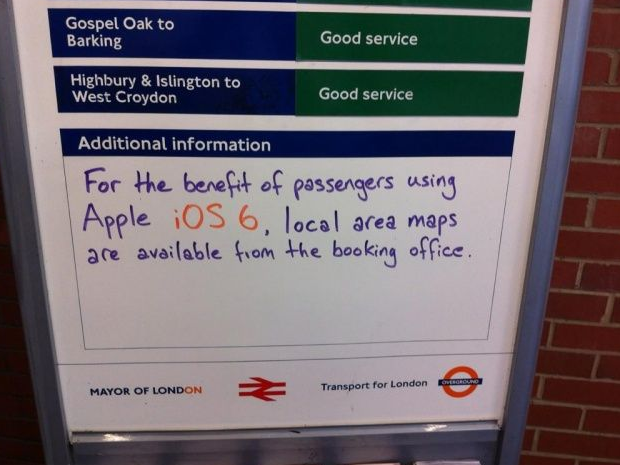 While Apple scrambles to right this incredible wrong, we look forward to seeing more of these comedic gems.

Where Messages are Archived and Stored on a Mac and How to Search All of Your iMessage Messages or i...
How to Turn Off Emoji in iMessage and Instead Use Text Smiley Faces
Control Your Car Over the Internet with the Internet Controlled Car!
Turn any Dog or Cat Collar into a GPS Tracking Collar with this GPS Pet Tracker
Is It Possible to Delete Yourself From The Internet?
The Secret to Reducing How Much Storage You are Using in Gmail
Scholastic Offering Free Online Classes to Keep Kids Learning During the Coronavirus Pandemic
Whatever Happened to Activity Monitor in Apple Mail? And How to Get it Back

Blackberry Outage on Day of iPhone 5 Release, on Heels of Being Dropped by Yahoo