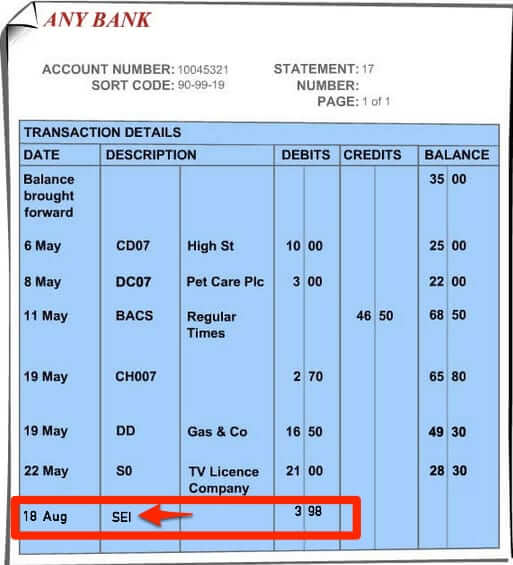 Ever look at a charge on your credit or debit card statement and wonder “who the heck is that?” We recently became aware of a lot of people finding a charge from “SEI” on their online statement who have no idea what SEI is, who SEI is, or what SEI stands for. They understandably want to know “What is this charge?” So we decided to write up this simple explanation of merchant names on credit card statements, using the cryptic “SEI” as an example.

It’s not surprising that with massive amounts of online financial transaction processing, and with more and more businesses being able to accept credit and debit cards more and more easily (think Square and Paypal), that lots of different merchant names and identifiers are showing up on banking and other financial statements, and that many of them are difficult to recognize, and hard to identify.

The name (which is different from the unique number) that shows up on your statement when they charge you is known as the ‘billing descriptor’ or ‘billed as descriptor’, and that billing descriptor is associated with their MID number.

Now, how the billing descriptor is assigned and then shows up on your statement (so, again, the ‘name’ that appears on your statement) is in large part, if not nearly entirely, a function of what the business puts on their application when applying for a merchant credit card processing account.

“The merchant name is the single most important factor in cardholder recognition of transactions. Therefore, it is critical that the merchant name, while reflecting the merchant’s “Doing Business As” (DBA) name, also be clearly identifiable to the cardholder. This can minimize copy requests resulting from unrecognizable merchant descriptors.

Work with your acquirer to ensure your name is clear and discernible to cardholders when they read their statement.”

In addition, best practices dictate that a business use a billing descriptor that makes as clear as possible who they are, if only to minimize chargebacks that occur when a customer calls their bank and challenges a charge because they don’t recognize it. In fact, many providers of credit card merchant accounts emphasize this very thing. As Checkout.com explains:

“When consumers open their credit card statement at the end of a billing month, many of them scan the descriptions of the charges to ensure everything they are paying for is something they truly bought.

For ecommerce merchants, the descriptor they use to identify the charge is of paramount importance because a consumer can’t always connect a product he received in the mail with the line item in his credit credit card statement. This confusion can lead to the initiation of a chargeback. In many cases, the consumer indeed made the purchase, but sincerely does not recognize the charge on the bill. Hence, a carefully chosen billing descriptor could be a merchant’s solution to reduce such chargebacks.”

If the merchant has many locations, such a a chain, the merchant identifier may be different from location to location, depending on which region or franchise set up the given merchant account.

Such is the case with the merchant “SEI” – which actually stands for “Seven Eleven Inc.”.

Here, for example, are two different entries on the very same bank statement, from two different 7/11 locations just a few miles from each other:

And if that’s not enough, the whole thing is compounded by the new breed of online merchant account processing such as, again, Square and Paypal, as transactions from many businesses which use Square or Paypal to do their processing may show up simply as ‘Square’ or ‘Paypal’ – and you may not even be aware that that’s who the business is processing your card through (see, for example, our article Are You Showing a Mystery Charge from 402-935-7733 via Paypal, which has been found by more than a half-million people trying to figure out why Paypal is showing up on their credit card statement).

Unfortunately, there is no list of billing descriptors to cross-reference with company names, no doubt in part because it would be impossible to maintain, and in part because while on its own it might not pose a security risk, if it could be paired with other information it might.

But at least now you have a better working knowledge of that section of your credit card statement – and what SEI stands for.

Paypal to Block Apple Safari Browser, Other Browsers
How to Cancel an Automatic or Recurring Payment Being Made from Your Paypal Account
What is a MOOC? What does MOOC Stand for?
How to Cancel or Close a Payloadz Account
Got a "Need to Claim Your Payment" Email from Paypal? It's Probably Legit
How to Add Products in Paypal for Use with a Mailing List API
Happy Hour Virus "Breaks" Your Computer, Frees You to Leave Work
The Star Trek Christmas Tree
11shares

11 thoughts on “Explanation of Merchant Names on Your Credit Card or Bank Statement – Example: Who is SEI?” 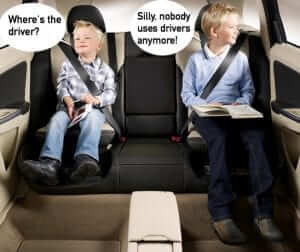 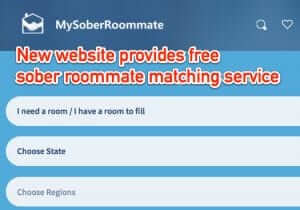