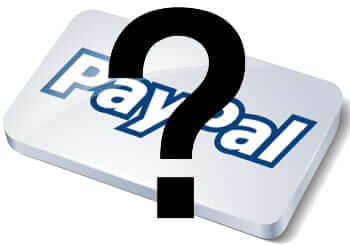 Update: This article was first written more than 8 years ago, and people are still finding mystery charges associated with the phone number 402-935-7733. You would think that by now Paypal would have gotten the message, but hey, they didn’t ask us.

If you have been reviewing your bank records or credit card statement, and have found what you believe to be an unauthorized charge or charges that shows “Paypal” and the phone number 402-935-7733, take a deep breath, and relax. It may not be what you think, especially if what you think is that someone has hacked your bank account, or stolen your credit card.


(Relatedly, here’s how you can find and cancel all of the automatic payments that come out of your Paypal account.)

If you don’t have a Paypal account, then the odds are very good that the charge that reads something to do with Paypal, and that has the phone number 402-935-7733 associated with it, is a charge from that vendor or merchant who uses Paypal to run their own charges through.

We agree that they do a poor job of making that clear (and to be fair, it may be out of their hands in terms of how it shows up on your statement). But that’s what that charge with the phone number 402-935-7733 is.

Now, all that said, if you don’t have a Paypal account, or have not used it during the time that the transaction occurred, and you also don’t recall making a purchase that correlates to that entry (i.e. the date and amount) on your bank statement, by all means you should contact your bank, as it’s still possible that it is a fraudulent charge. You may also find it reassuring to know that, as the overwhelming majority of comments below demonstrate, you’re not alone in having been concerned, and the odds are very good that it’s a legitimate charge.