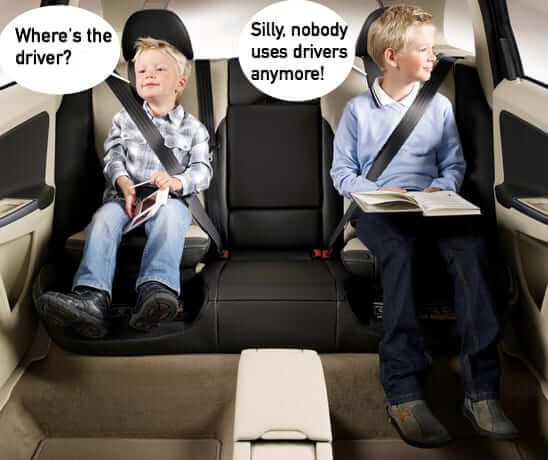 The fleet of autonomous driving Volvo SUVs will take to Pittsburgh streets later this month, with an engineer sitting in the driver’s seat, ready to intercede if need be.

So why Pittsburgh? According to Business Insider, it’s because Pittsburgh is the ideal test market for autonomous vehicles – in addition to twists and turns and tiny side streets, it has bridges – lots and lots of bridges. According to Raffi Krikorian, Uber’s director of engineering, “Bridges are really hard. And there are like 500 bridges in Pittsburgh.”

Pittsburgh also happens to be the home of Carnegie Mellon University (CMU), and CMU’s robotics department has turned out some of the top people in the field of autonomous vehicles.


The goal: to replace Uber’s more than 1million human drivers with robot drivers—as quickly as possible.

Uber has been heading in the direction of putting self-driving Uber vehicles on the road since at least 2014. That’s when Uber CEO Travis Kalanick started wooing John Bares, who had run the robotics department for CMU before starting his own company, Carnegie Robotics.

“Travis had an idea that he wanted to do self-driving,” said Bares in an interview with Bloomberg, “I turned him down three times. But the case was pretty compelling.”

The goal is, according to the Bloomberg article, and we quote:

The goal: to replace Uber’s more than 1million human drivers with robot drivers — as quickly as possible.

In fact, Uber CEO Travis Kalanick is being widely quoted as having posted on the Uber blog that “Uber is accelerating its plan to replace its 1 million human drivers with robots as quickly as possible.” We have been unable to find that blog, but that quote is featured in the LA Times as well as other news sources.

And while another goal may be to stay ahead of competitor Google, who is planning its own Google ride-sharing service through Waze, Google is also invested in Uber through Google Alphabet’s VC division, GV, so either way it’s a win-win for Google.

All of this is headed to a time when, if all goes as planned, the only human in an Uber or other ride-sharing service vehicle will be the passenger.

So how about you? Would you get in a truly driverless ride-sharing car?

Issue with Quickbooks Can Cause Under-Reporting of 1099 Income
Does Private or Incognito Mode Make Browsing Anonymous?
Twitter Allows Employees to Work from Home Indefinitely
Uber Offers Flu Shots and (RED) AIDS Fighting through UberHealth
ACLU Mobile Justice App Records Police Actions as They Happen
Facebook Paper - Facebook Reinvents the Facebook App Again
Are You a Gig Worker or Consumer Impacted by the New Gig Work Laws? Let Us Know!
This One Simple Trick Will Reclaim Your Time and Reduce Your Stress
Share the knowledge

Number of people who have enjoyed this article: 481