At last, Facebook is leveraging their massive influence on the population for a good cause. Facebook is trying to boost organ donation by including a new status: organ donor. In addition, they are pushing the initiative, to encourage people to sign up to be organ donors. And it’s working, thanks in part to a Facebook organ donor registration app put up by their partner in the initiative, Donate Life America.

Unfortunately, you can only update your status if you have caved to the new “Timeline” feature (which many of us have not – but that’s ok for us, as we have been organ donors for decades). But you can register as a donor with the Donate Life America app (link below) even if you are not using the new Timeline on Facebook.

According to reports, since Zuckerberg announced the initiative this week, several thousand people have registerd as organ donors across the United States, representing more than 10x the average number of people who sign up to be organ donors.

David Fleming, CEO of Donate Life America, said that number of donors since Facebook announced the program “dwarfs any past organ donation initiative.”

In fact, by the end of the first day (Tuesday of this week), over 100,000 people had shared their organ donor status on their Timelines.

To facilitate this, Donate Life America, who has partnered with Facebook in this effort, has created an app on their Facebook page that allows you to register in any state.

You can register as an organ donor through the Donate Life America app here.

According to Donate Life America, more than 100,000 people are currently waiting for donor organs.

Explains Bryan Stewart with OneLegacy, a transplant organization in California, “We’re just thankful we have this opportunity to bring more people into the process.”

How to Live Life Online When You Have To
How to Find a List of All of Your Facebook Groups and How to Leave Them
About the Spinning Blue Ball Mouse Pointer Cursor on Facebook
New Facebook Patent Lets Lenders Determine Whether to Give you a Loan based on Your Facebook Friends
How to Go "Unseen" and Secretly Read Private Messages on Facebook
Facebook Offers New Feature: Ditch Your Ex without Unfriending Them
How to Know If You Are Interacting With a Bot
What Does Hiding a Comment on Facebook Actually Do? And How to Hide or Delete a Comment 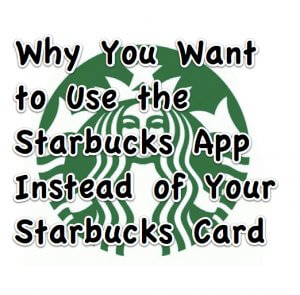