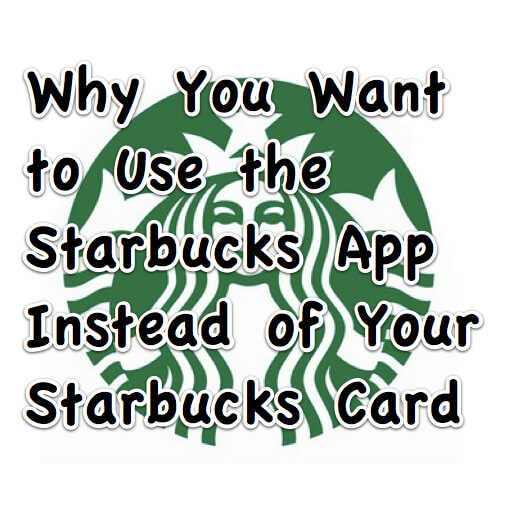 No, in our opinion you want the “my Starbucks card” app, because not only does it let you do a Starbucks card reload right on the spot (including using Paypal!), but it let’s you consolidate all of your Starbucks card balances onto one card – even from Starbucks cards you may have lost and not seen for years!


Case in point: we downloaded and installed the Starbucks app for iPhone, and logged into our Starbucks rewards card account using the email address and password with which we have registered several cards over the years.

Well, it turns out that those cards, that were lost and hadn’t been seen in two years, had a combined balance of nearly $40.00 on them!

And the Starbucks app let us transfer the balances from those long-lost and long-forgotten cards to our current card, in just a few screen taps!

We didn’t think to take screen captures of the actual process, so we reloaded one of the old cards (through the app) with $10 so that we could show you how it works.

Here is the old (lost) card as displayed in the Starbucks app:

Tap on the balance box (where it says $10.00 in the above picture) and it brings up this menu:

And now the $10.00 has been applied, instantly, to our gold card balance:

You can also keep track of how many points you’ve earned towards your next free drink:

And finally, you can send someone a gift of Starbucks cash to put on their card, right through the app! Just click on ‘eGifts’ and you can send it to their email address (or their Facebook page, but that requires giving the app acccess to your Facebook login, which we never recommend).

If you wanted to send me a small Starbucks gift to thank me for this article, for example, you would send it to the address in the screenshot below. :-)

But by far, for us, the coolest feature was recovering nearly forty dollars in lost Starbucks cards.

Go here to download the Starbucks app for Android or iPhone iOS.

The Dog Gadgets Available Online that You Never Knew You Needed
BugMeNot Provides Free Passwords to Sites Requiring Registration to Read Free Content
"Launch" Answers How to Launch an Internet Business, Product, App or Website
Clickable Paper and MediaSnap App to Replace QR Codes
Hundreds of Ancient Writings Scanned and Put Online in World Digital Library
Possible Yelp Shareholder Lawsuit as Stock Tanks After FTC Reveals Subpoenas and Thousands of Compla...
Amazon Takes it in the Shorts..er..Offers Shorts for Download
How To Sell on Social Media by Turning Followers Into Customers