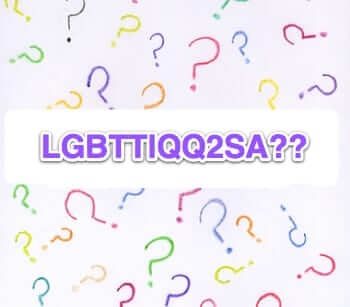 With this past week’s Supreme Court decision in Obergefell v Hodges, creating a national right to gay marriage, and the ensuing pride fests, you can’t miss the coverage on the Internet, some of which includes the acronym LGBTTIQQ2SA. Lots of people are familiar with the LGBT acronym, but LGBTTIQQ2SA?? Here’s what it means.

First, we have to say up front that the Internet Patrol is not here to get into the political or personal questions around these issues. We are simply here to educate, and in this case to educate about what LGBTTIQQ2SA means.

An example of a news report using the LGBTTIQQ2SA acronym is this report from the University of Toronto’s Varsity newspaper, explaining why Pride Toronto declined to let the CAFE men’s rights organization participate in their pride event:

So just exactly what does LGBTTIQQ2SA stand for?

Are you ready? Because it’s a mouthful:

U.S. Indicts 5 Members of China PLA's Unit 61398 for Economic Espionage (Full Text)
Do You Still Have to Follow GDPR after Brexit if You are in the UK? Yes
How do You Feel about Having a 'Social Score'? China Implements Social Credit Scores - Can Other Co...
Technology Helping in the Fight Against The Coronavirus
Scientists Prove Digital Brain to Brain Thought Communication Over the Internet
Hackers Target WHO Amidst the Covid-19 Pandemic
Microsoft Fights Federal Warrant to Access Email Data in Ireland
Scholastic Offering Free Online Classes to Keep Kids Learning During the Coronavirus Pandemic
Share the knowledge

4 thoughts on “Wondering what the Heck LGBTTIQQ2SA Stand For? Here’s What it Means”