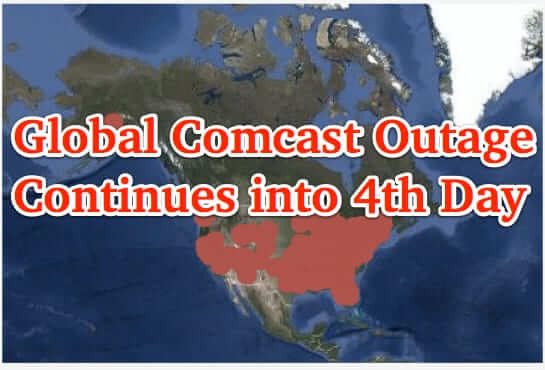 On Friday people across the United States started experiencing a massive Comcast outage. Over the weekend, instead of getting better, it spread, and now, going on 4 days later, the Comcast outage is global.

Said Comcast, on Twitter on Friday, “We identified 2 unrelated fiber cuts to our network backbone providers. Our engineers are restoring services to business & residential internet, tv & voice customers. Apologies to those affected.”

Over at the ComcastCares Twitter account, Comcast sent out one additional tweet on Friday, saying that “One of Comcast’s large backbone network partners had a fiber cut that we believe is also impacting other providers. It is currently affecting our business and residential internet, video and voice customers. We apologize & are working to get services restored as soon as possible.” And, again, that account has been silent since.

Reports received by the Internet Patrol indicate that as recently as noon EST today, Monday, July 2, Comcast customers, and others affected by the outage, are still without Comcast connectivity, and it is affecting not just businesses and individuals in the United States, but globally.

It was less than a month ago that Comcast experienced a massive VoIP outage that lasted for at least two days across the United States, leaving countless businesses without any telephone access in or out, which in turn led to concerns over how 911 calls could be placed.

In the United States alone, at the time of this writing, these (the red areas) are the areas affected by the current Comcast outage:

You can view a continually updated outage map at https://webdownstatus.com/map/comcast/.

Said CenturyLink in a statement, “While the CenturyLink network continues to operate normally, on June 29 we experienced two isolated fiber cuts in North Carolina affecting some customers. At this time, our technicians are working to restore the services.”

And according to Zayo, on Friday, “Earlier today, Zayo experienced a fiber cut in the New York area. We immediately dispatched our local team who quickly restored the cut. All impacted services in the area have been restored.”

Some, and not just conspiracy theorists, are questioning just how “unrelated” two fiber cuts in North Carolina and on the same day a fiber cut in New York could be, particularly as they had the effect of crippling business communications for days.

We will update this article with any new news. In the meantime, if you are affected by this outage, please let us know where you are. 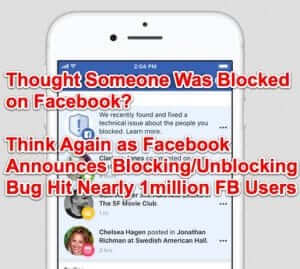 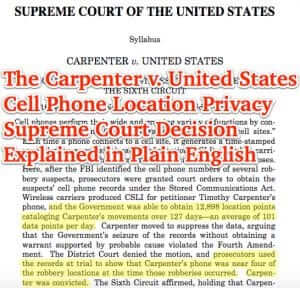