Now, domain squatters, particularly those who grab lapsed domains, are nothing new. But Heinz – a global megabrand – should have known better. The domain had been set up as part of the Heinz “Spread the word with Heinz” contest in their German market.

But upon scanning the QR code, it turned out that words weren’t the only thing being spread.

(Approximate translation: “Your ketchup is probably not for minors. Maybe you should let your IT department know – the posted happens anyway when you scan the QR-code on the Heinz bottle. Tested several phones with QR code readers. Oh, for direct input of the URL you get the same result.”)

It’s interesting to note that the ketchup on which the QR code appears does not expire until next year, suggesting that, if Heinz had thought about it at all, they thought the bottles bearing the QR code going to the sagsmithheinz.de site would still be on the shelves until 2016, making their letting the domain lapse all the more puzzling.

Michael Mullen, SVP of Corporate and Government Affairs with Heinz, told CNN that “Heinz in Germany has apologized for the way in which an out-of-date QR code and website link to design a ketchup label in 2014 has been reassigned to an adult content web site.”

“Clearly this was never our intention and we are taking steps to avoid this from re-occurring,” added Mullen in an email to CNN.

However, not everybody is mortified by the situation.

The domain on which FunDorado was squatting, https://web.archive.org/web/20180314202220/http://sagsmithheinz.de/, has since been taken down. In fact, in the time it took for us to write this article, the domain has changed hands, and gone from “server not found” to “website coming soon”. We can only hope that the hands into which it has changed are affiliated with Heinz. 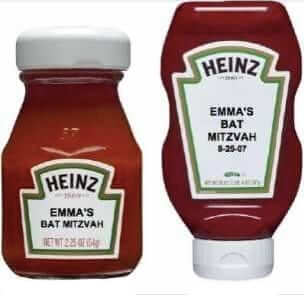 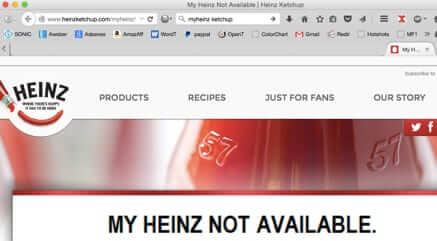 Not to be outdone, FunDorado offered him a year’s membership to the site.

“Hello Daniel Korell, wow! Has Heinz perhaps confused FunDorado’s Sexy Lila with its Lila Ketchup EZ Squirt? However, you won’t of course be going away empty handed. We’re giving you a year’s free access to FunDorado.com.”

Number of people who have enjoyed this article: 1,895