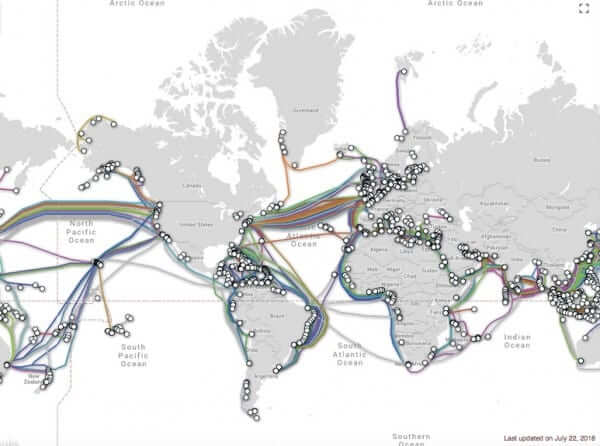 If you are having trouble with Internet connections between Saudi Arabia, Djibouti, Egypt, the United Arab Emirates (UAE), India, Lebanon, Malaysia, the Maldives, Pakistan, Qatar, Syria, Taiwan, Yemen, or Zambia, you’re not alone. Three undersea cables were cut this morning, leading to a global disruption of Internet connectivity. And this is the second time this year this has happened. As many as five undersea cables were severed back in February.

The cables which were severed today, Sea Me We3, Sea Me We4, and FLAG, were discovered early this morning, and reported in the French press by France Telecom. According to reports, “the causes of the cut, which is located in the Mediterranean between Sicily and Tunisia, on sections linking Sicily to Egypt, remain unclear.”

Not only is Internet service generally disrupted, but it is affecting voice traffic as well. In fact, reports estimate that voice traffic has been affected as follows:

Maintenance crews are already under way to repair the cables, however they are not expected to be fully operational until at least December 25th.

Number of people who have enjoyed this article: 5,821