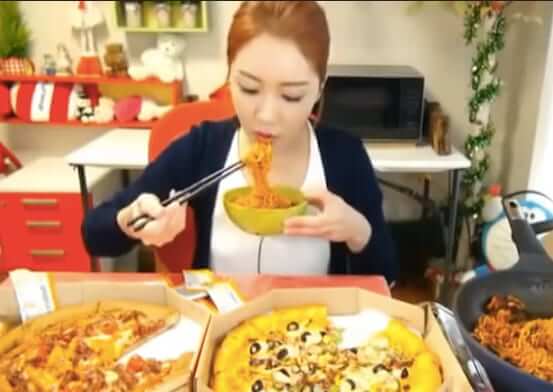 So, put this together, and you get a food broadcasting personality, who is known as a BJ, for broadcast jockey.

Mukbang is basically the broadcasting of someone eating huge quantities of food, and before you wonder “who the heck would watch that, and why,” enough people do that there are actually Mukbang BJ stars! 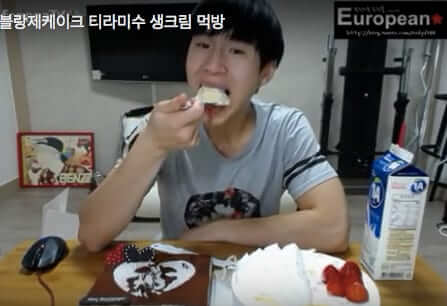 You can watch Mukbang on Korean television station afreecaTV, and you can also watch it streaming on the Internet, such as on Youtube. For example, you can see the above BJ Benzz’ Youtube channel here.

Mukbang BJs may earn money from sponsorship, but they also earn money directly from their Internet viewers and fans. One Mukbang BJ star, SOF, recently revealed that he makes as much as $180 USD in a day.

So now you know what Muk-bang BJs are, although I guess that we still haven’t answered the “why”, as in “why would anyone want to watch this?”

Perhaps some of you readers can explain? Because frankly we are at a loss to explain why anybody would want to watch someone else eating, let alone gorging themselves.

How to Deal With Embarrassing Tech Mishaps When Working Remotely
What You Need to Know about TikTok
All the Facts and Full Text of United Airlines Apology as Removal Video Goes Viral around the World
5 Practical Microsoft Apps You Should Have On Your Android or iOS Device
Up to 96% of Oil from Fracking is Unusable in the U.S. - Read what the Oil Producers are Doing with ...
Using Smartphones to Track People Under Quarantine
Syrian Rebel Social Media Team Set Up to Meet US CIA Requirements
Apple Maps Finds Nessie the Loch Ness Monster
Share the knowledge

One thought on “What the Hell are Mukbang BJs? It’s Not What You Think (or Hope)”

Number of people who have enjoyed this article: 4,210