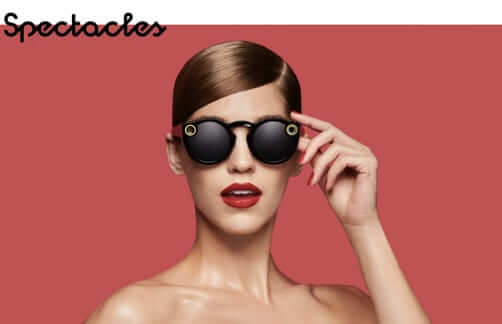 SnapChat has just unveiled SnapChat Spectacles – sunglasses which have an embedded video camera so that you can record video Snaps from a truly first-person perspective. To enhance the perspective, the video is shot in a circular frame rather than a more traditional rectangular frame. SnapChat has also rebranded itself to just Snap Inc..

Explains SnapChat (oops, Snap Inc.) CEO Evan Spiegel, as quoted in the Guardian about his own first use of the Spectacles technology, “It was our first vacation, and we went to Big Sur for a day or two. We were walking through the woods, stepping over logs, looking up at the beautiful trees. And when I got the footage back and watched it, I could see my own memory, through my own eyes. It was unbelievable. It’s one thing to see images of an experience you had, but it’s another thing to have an experience of the experience. It was the closest I’d ever come to feeling like I was there again.”


The Snapchat Spectacles will be available in three different colors: orange, teal, and black.

See those little rings at the temple? One of them houses the video camera, and you just tap on it to start filming. When you are filming the ring lights up to alert people that you are filming. 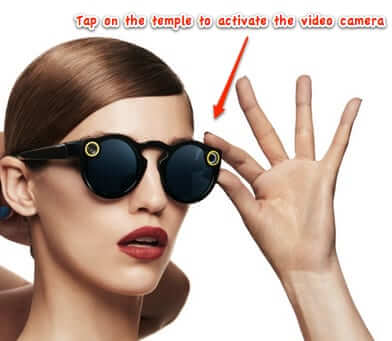 Ok, that has the potential to be pretty cool, but what about the technology?

According to Fortune, the camera embedded in Snapchat Spectacles shoots at a 115-degree-angle, and records in circular video frames instead of traditional rectangular frames to more closely approximate the actual experience of seeing the footage through human eyes.


(You can see the trailer for Lucifer here if you want to see what a movie shot in circular looks like.)

The Spectacles sunglasses (yes, that does feel redundant) will transfer your recorded memories, via Bluetooth, to your Snapchat Memories. Snapchat Memories was itself announced just a few months ago, in a blog post which for some reason Snapchat has now pulled, however through the magic of our friend Google caching, we recreate the salient bits for you here:

Memories is a new way to save Snaps and Stories on Snapchat. It’s a personal collection of your favorite moments that lives below the Camera screen. Just swipe up from the Camera to open Memories!

It’s super easy to find the Snap or Story you’re looking for in just a few seconds by typing keywords like “dog” or “Hawaii” — that way you can spend less time searching and more time enjoying your Memories.

We’ll be rolling out Memories selectively over the next month or so — it’s a big change for our service so we want to make sure everything is running smoothly! You’ll receive a Chat from Team Snapchat when Memories is ready for you to use. 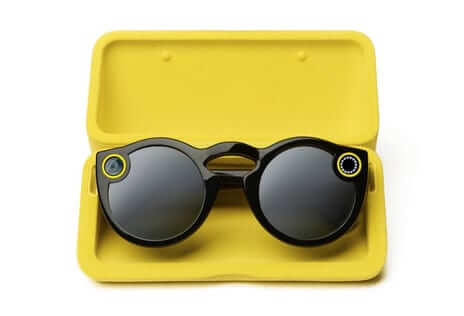 Of course, the inevitable comparisons to Google Glass are already being made, however Snapchat Spectacles seem much simpler and straightforward – they do one thing: record video and send it to your phone. (No word on whether that video will be stored generally in your camera roll (making it accessible to all of your apps) or will only be available and usable through Snapchat.)

Also, they are much less expensive than Google Glass. The Snapchat Spectacles will retail for $130, and will be available on the U.S. market in time for Christmas 2016.

How To Sell on Social Media by Turning Followers Into Customers
How to Block or Otherwise Thwart or Deal with Spam Phone Calls on Your Land Line and Mobile Phone
How to Take a Selfie with the CamMe Selfie App
Hate Yoast? Us Too - So Here is the Alternative that We are Using
New Device Tracking Apps Help You Find Your Lost Keys, Your Wallet, Even Your Phone Itself
The Pros and Cons of Using the Chrome Password Manager
Turo - AirBnB for Car Rentals - Takes Off. But Should It?
Get a Jump Start on Your New Years Resolution to Get in Shape with the Fitness Buddy Exercise App
20shares

One thought on “SnapChat Debuts Sunglasses with Video Camera”