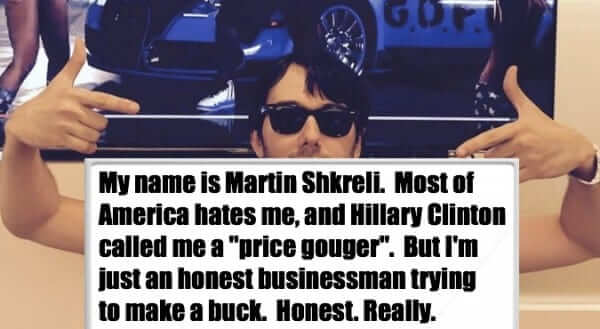 By now you’ve undoubtedly heard of how Martin Shkreli and his Turing Pharmaceuticals acquired the rights to Daraprim, and immediately jacked up the price of Daraprim from $13.50 a pill to $750 a pill. And you may have heard that Shkreli backed down yesterday and said that the price on Daraprim (generic name pyrimethamine) would not go up quite so dramatically (although he hasn’t announced the new price yet). But you may not realize just how much of a role the Internet has played in this story.

First, to set the stage, Daraprim is the brand name for pyrimethamine, a drug that has been around since 1953 (so for 62 years as of the time of the writing of this article), which means that it is no longer under patent. And which, by the way, is listed on the World Health Organization list of essential medicines.

Pyrimethamine was first introduced as a drug to treat malaria, and also has been found to combat toxoplasmosis (both diseases are caused by parasites). Toxoplasmosis is caused by a parasite that may be found in cat excrement, which is why pregnant women are not supposed to change the litter box. In fact, Toxoplasmosis is not uncommon, and it is estimated that 30% of Americans have antibodies to Toxoplasmosis (in fact pregnant women can be tested for the antibody, and if they have it, it’s generally considered safe for them to keep changing the cat box – sorry, ladies).

However, those who are immunocomprimised, such as HIV patients, are particularly susceptible to Toxoplasmosis infections, and so for this population of patients, Daraprim can be truly life-saving.

At $13.50 per tablet, that’s not a problem, and many immunocompromised patients, such as HIV patients, rely on Daraprim.

However, in August Impax sold the rights to Daraprim to Martin Shkreli and his Turing Pharmaceuticals. 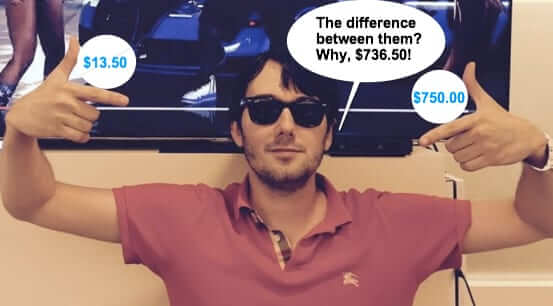 Now, we’d like you to pay attention to this timeline.

Shkreli and Turing only actually acquired the rights to Daraprim (not to pyrimethamine, but to the Daraprim trademark and other IP rights connected to the Daraprim portfolio) last month. But in the space of a month they put up a website at DaraprimDirect.com to market Daraprim directly to doctors and to patients who have prescriptions, and raised the price to $750 per tablet.

They had only registered the DaraprimDirect website a few months earlier (in May of this year).

News reports state that Turing Pharmaceuticals was only founded a few months before that, in February, although the TuringPharma domain was actually registered slightly under a year ago.

Regardless, this is a very fast timeline – and seems rather like the whole thing was rushed, poorly thought out, and designed to try to make Shkreli as much money as possible before the whole thing blew. 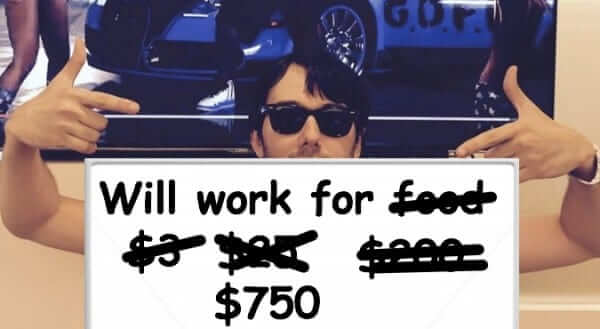 But what is interesting in this particular case is that the Internet itself played a huge part – if not the major role – in causing Shkreli to backtrack and rethink jacking the price of Daraprim to $750.

The backlash against Shkreli and his Turing was fast, and furious. Twitter exploded with more than 6,000 Tweets about how horrible this move was, and what a monster Shkreli is. 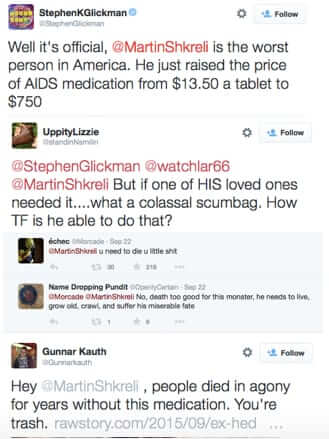 Even Hillary Clinton jumped into the frey.

Police reports and complaints against Shkreli from years past were posted. 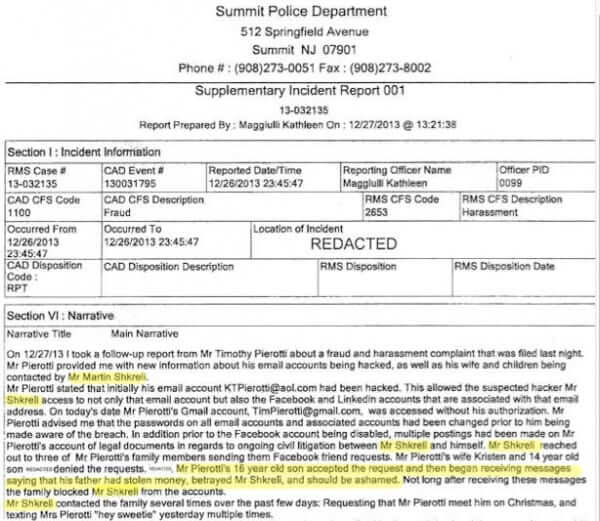 Oh, and his OKCupid profile, which he’d apparently closed after it was outed, has been mocked. 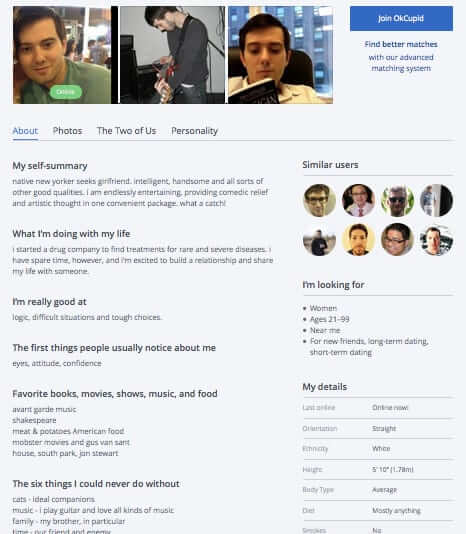 “native new yorker seeks girlfriend. intelligent, handsome and all sorts of other good qualities. i am endlessly entertaining, providing comedic relief and artistic thought in one convenient package. what a catch!”

Interestingly, in the “What I’m doing with my life” section, he says “i started a drug company to find treatments for rare and severe diseases. i have spare time, however, and i’m excited to build a relationship and share my life with someone.”

(Perhaps he should spend some of that spare time learning how to use the shift key.)

The bottom line: The Internet raked Shkreli over the coals and, interestingly, with very little – if any – debate. Nobody seems prepared to take the other side, let alone defend Shkreli, other than Shkreli himself.

And apparently all of this Internet backlashing had some effect, as late Tuesday Shkreli capitulated, and told NBC and ABC that he was going to roll back the price hike, although he did not indicate what the new price would be. He said that it would be “more affordable”, but priced such that Turing Pharmaceuticals would make “a very small profit.”

Shkreli says in his OKCupid profile that he is “endlessly entertaining, providing comedic relief.”

Panic-Shaming in the Time of Coronavirus
Can Your Car be Hacked through its Onboard Wireless?
Bitcoins ("BTC") and Bitcoin Mining Explained in Plain English
Online Therapy Catching On with Online Therapists, Counselors, and Free Listeners
Is Pink Tech Really a Problem or Just Not a Solution?
Second Incident with Self-Driving Car and Passenger, This Time in San Francisco, While Uber Settles ...
Where to Find Trusted Factual Information about Ebola Online
The Spinning Disks of Internet Slowdown Day Explained
Share the knowledge