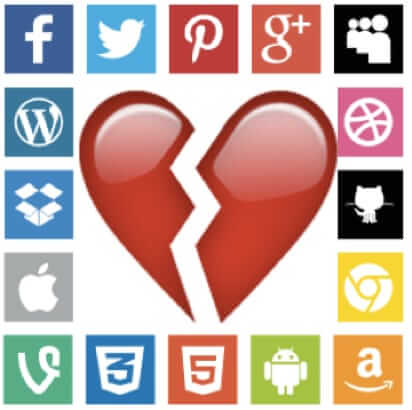 Most people have four basic questions about social media prenups:

We’ve already covered #1, what a social media prenup is, but to further explain, like all prenuptial agreements, it is basically a contract between the two parties (the couple). But rather than spelling out who brings what assets to the relationship, and who gets to keep what if they split up, a social media prenuptial contract spells out just what you can and can’t post about the other person (including photos, etc.), at least without first getting their permission.

Let’s skip to what should be in a social media prenup, and deal with “do you need one” and “is it enforceable” together.

But even before “do you need a social media prenup”, it’s good to remember that really they are nothing more than a contract.

And, like any other matter which may be subject to a contract, you can put anything in a contract, so long as you both agree to it. Anything at all. (There are some things which will be completely unenforceable as a matter of law, such as the sale of humans, but you can still put anything you want in the contract when you are drafting it.) We’ll get back to this point in a moment.

The sorts of things that people include in social media prenups (and let’s be clear, very few people have them, although some pundits suggest that they will become more and more common) can range from the general, to the highly specific.

As New York attorney Ann-Margaret Carrozza told ABC News in an interview in 2014, when social media prenups first hit the national scene, a social prenup would generally include that one of the parties can’t post embarrassing or nude photos, or negative or embarrassing posts, that are likely to harm the other’s professional reputation.

“It’s a huge issue because we all know this stuff, once it’s out there, you can’t shake it. It can be humiliating. It can be painful,” Carrozza told ABC.

So, what sorts of things should go into the social media prenup? At a minimum, you would spell out what you mean by ‘social media’ (Facebook, Twitter, Instagram, Snapchat, etc.), the types of posts and media covered by the contract (images, videos, audio recordings, reposting of private email and messages, etc.), and the nature of the content (this is where it gets fuzzier and fuzzier, as, for example, “embarrassing”, and even “negative” is subjective).

And you also would want to spell out whether each person is simply not permitted to post the spelled-out things – ever – or whether instead they need to get permission to post one of the things covered in the social media prenup, but once obtaining permission, they can post it. (And then, naturally, you need to spell out what constitutes permission.)

And, of course, you need to spell out what happens when someone violates the social media agreement, which brings us to #4, are social media prenups enforceable, and #2, should you have one?

Typically (to the extent that one can say that there is a typical social media prenup because remember, again, that they are not (yet) very common), the remedy when someone violates such a prenup is financial. That is to say, if someone violates the prenup, they have to pay a prescribed amount to the other person.

Carrozza said, in her ABC interview, that typically, for a client who lives in New York City, where she practices, and unless they earn more than $5 million, the social media prenup states that the person who violates the prenup has to pay to the other person $50,000 for each post or tweet that violates the prenup.

That sounds like a lot of money, right? But here’s the thing: that’s if they pay. Because the odds are good that if it comes to this, it’s going to end up in court, in front of a judge.

Again, it’s important to remember that a social media prenup, like any prenuptial, is a contract. And so the social media prenup, first of all, needs to meet the legal criteria for a legal contract, which includes, among other things, an offer, acceptance (of the offer), consideration (what do I get in exchange for what you give me, and vice versa), and a lawful object – in other words, the subject matter of the contract must not be in and of itself inherently unlawful.

Shivam Kumar [Page no longer available – we have linked to the archive.org version instead] has a pretty good breakdown of the requirements for a valid contract, and explains that what would make the object of the contract unlawful would be if:

(a) it is forbidden by law;
(b) it is of such nature that if permitted it would defeat the provision of any law;
(c) it is fraudulent;
(d) it involves an injury to the person or property of any other;
(e) the court regards it as immoral or opposed to public policy.

Now, at its most basic, a social media prenup is designed to prevent speech, which arguably would suggest that, at very least, a court may regard it as being against public policy, what with that pesky 1st Amendment and all. And while it’s true that the 1st Amendment is about government abridging speech, when you get in front of a judge, asking them to smack someone for speech, it doesn’t get much more government than that.

Then again, there are all kinds of speech which can be restricted, or, at least, made to be paid for in the form of damages paid by the culprit to the aggrieved party (defamation being but one example).

On the other other hand (yes, two other hands), there are already laws that address that. Just because you were once married doesn’t mean that you can’t be sued for defaming your ex, assuming that you’ve caused the requisite harm with your slanderous words.

All of this to say that it’s unclear whether a social media prenup is actually enforceable and, at least as of the writing of this article, in early 2016, it has not been tested yet. (There is, however, an excellent law review article on the subject of contracts that buy silence, and the 1st Amendment issue, here: Promises of Silence: Contract Law and Freedom of Speech.)

So, should you have a social media prenup?

Really, only you can say. On the one hand, it does serve to spell out ahead of time what behaviors are likely to get one in hot water with their beloved, and, relatedly, over what behaviors that beloved is willing to fight.

On the other hand, bringing up the subject of a prenup is rarely a smooth conversation that generates feel-good warm fuzzies, and a prenup that contemplates bad behavior (rather than dividing up the family silver) may be even more likely to generate bad feelings. And there’s no guarantee that a court would actually enforce it.

War Spamming War Driver Gets Whacked by CAN-SPAM
Facebook and Instagram Down on Wednesday, March 13 2019 - Facebook says "Not a DDoS"
U.S. House of Representatives Passes Email Privacy Act
Yes, Facebook's Data Mining is a Problem
Don't Install New Facebook Messenger App! Too Late? Here's How to Get Back Your Old Facebook Messen...
What Does ?, &, or _RDR Mean in a URL?
Social Media Uses this Trick to Extract Your Personal Data from You. DETOUR Law Would Make Using th...
Scientists Prove Digital Brain to Brain Thought Communication Over the Internet
Share the knowledge

Number of people who have enjoyed this article: 1,351