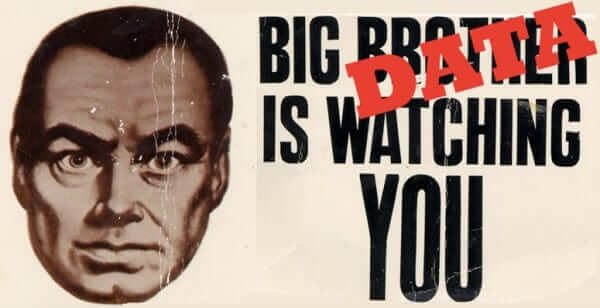 China has started rolling out the Chinese ‘social credit score’, which takes into account, among other things, your behaviors, and your purchases. But don’t think you’re immune if you don’t live in China; companies around the world, including the U.S., are already compiling a ‘social score’ on you. While a “social score” is different in some ways from a “social credit score”, it’s not really that far removed, and the potential is pretty concerning.

The way that it works is that you start out with a default social credit score, and then it can move up or down (mostly down it seems) by your observable behaviors. And by ‘observable’ we mean anything into which the Chinese government has a view.

And because the Chinese government has access to the data compiled by Alibaba, which owns one of the largest online payment systems in China, and also Alibaba’s credit arm, Sesame Credit, they have access to not only your credit ranking, but also your purchases.

And having too-low a social credit score can bar you from air and train travel, from being able to check into certain hotels, from access to the best schools for your children, and from certain jobs. According to Business Insider, it can even cause you to lose your pet dog!

Now, here in the U.S., we don’t (yet) have a social credit score, but we do have social scores (and of course we have credit scores).

In the United States, social scores have been calculated by various companies such as Klout and Octoboard. (Note: Klout was acquired by Lithium this year and eventually shut down.) Other players in the social score industries in the U.S. have included Kred (apparently now also shut down), and PeerIndex – which was acquired by Brandwatch in 2014. It’s worth noting that in each acquisition case a user-facing social scoring service (i.e. that the individual users would use to see how much social media clout they had) was acquired by a business-facing (i.e. businesses would use the data to reach out to social media influencers) company.

Generally speaking, these social score generation outfits look at all of your various social media accounts and activities, including Facebook, Twitter, LinkedIn, Instagram, etc., and based on that information create a social score for you which equates to your reach – i.e. how many followers do you have, and how much influence do you have. Companies want to know that because the more social influence you have, the more they are willing to pay to get access to you and have you promote their message.

While on it’s own this seems very different from what China is doing, consider just how much of your activity on the Internet – even off social media – is discoverable.

Now, combine that with the fact that everybody in the U.S. has a credit score.

Would you want to be judged by every fingerprint you have left (or others have left for you) on the Internet, along with your credit score? Because that is entirely doable right now, it’s just a matter of connecting the dots.

But is that enough of a difference?

How To Sell on Social Media by Turning Followers Into Customers
How to Take Charge of Your Facebook Newsfeed
Digital Driver's License Coming to Some States
NIFOC, BOGSAT, and 1000s More in FBI Glossary of Internet Slang Acronyms
Full Transcript of YouTube Video of Racist Stripper Janelle Ambrosia
A Plain English Explanation of Local Currency and How it Works
Getting ‘Payment Status Not Available' on IRS Coronavirus Aid Site? What it Means and Why
How to Reduce the Amount of Time You Spend on Your Cell Phone
Share the knowledge

One thought on “How do You Feel about Having a ‘Social Score’? China Implements Social Credit Scores – Can Other Countries be Far Behind?”

Number of people who have enjoyed this article: 724