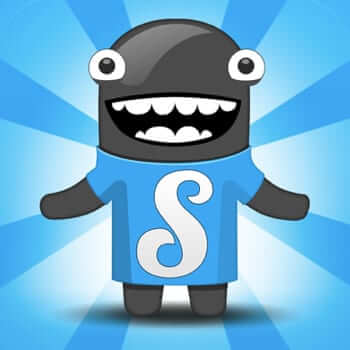 [NOTE: Songza is no longer available, having been borged by – yep – Google]

Music app Songza is quickly proving itself to be a worthy opponent of Pandora. This free music app is available on Android, iPhone, and Kindle Fire, and plays music based on what seems an endless bank of playlists.

The app offers several ways to pick your playlist. The categories are Genre, Activities, Moods, Decades, Culture, and Record-store Clerk. Depending on which category you choose, you will get playlists under that heading. For instance, if you click Activities, you will see playlists such as “Barbecuing,” “Shopping at a Vintage Store,” “Coding,” “Lounging in a Cool Hotel,” “Curing Road Rage,” and “Drinking at a Dive Bar.” If you were to click on the Mood category, you would have playlist options for moods such as sprightly, earthy, cocky, campy, brooding and aggressive. 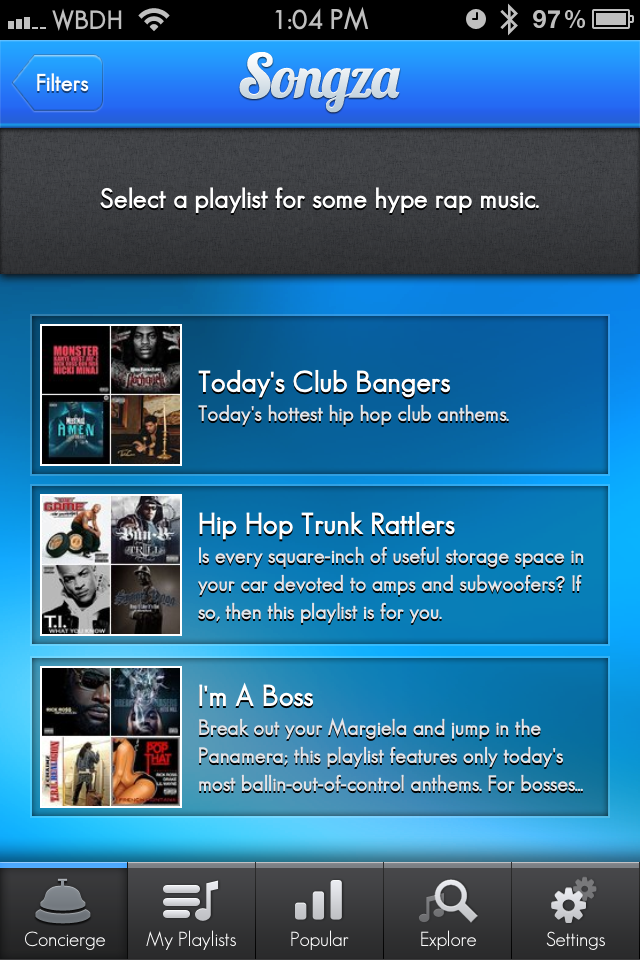 If, for instance, you are feeling cocky, you could choose that option in the Moods category and see playlists such as “I’m a Boss,” “Aggressive Dubstep,”Eye of the Tiger: Confidence Mix,” and a whole playlist of songs produced by Kanye West. If you are feeling celebratory, you can choose that category and choose from playlists such as “Country Party,” “Ultimate Party Sing-alongs,” “Pajamas to Party Dress,” “Walking on Sunshine,” “90210 Slumber Party,” and “1980s Anger Management.” 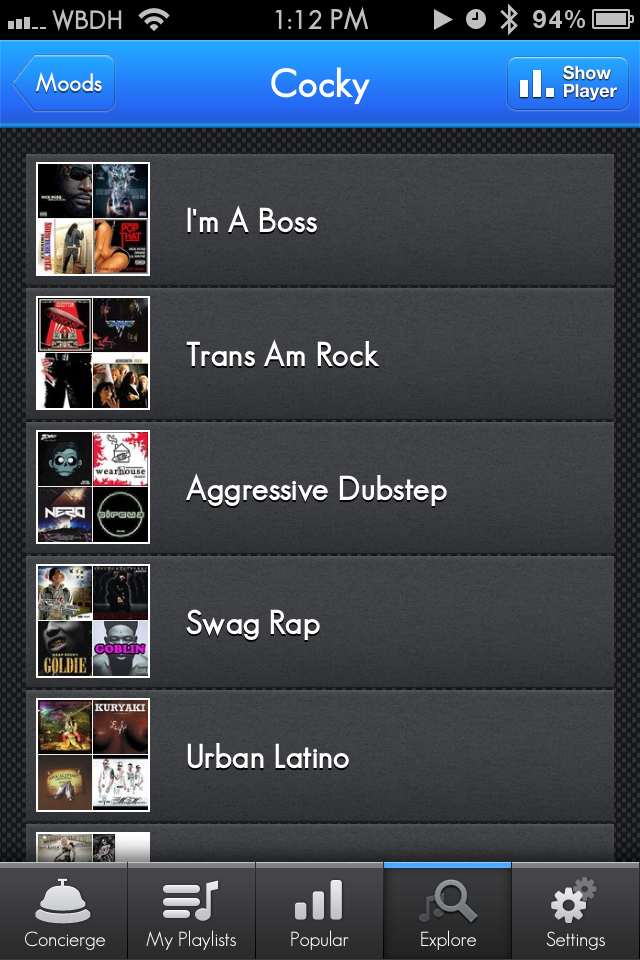 Songza has a “Music Concierge” which also recommends playlists based on the time and day that you log in. For example, as of this writing it is a Tuesday evening at 5pm. Upon logging into Songza on a laptop it recognizes that it is a Tuesday evening and offers categories such as “Unwinding After a Long Day,” “Workout,” “Work or Study,” “Cooking,” and “Spending Time with Your Kids.” After clicking the Cooking category, five more options appeared, entitled “Dancing in the Kitchen,” “New and Upbeat,” “Old, Familiar Hits,” “Songs About Food,” and “Cooking with Class.” From there we clicked, “Songs About Food,” and were given playlist options called “Good Ol’ Time Eatin’,” “Food for Funk,” and “Soul BBQ.” 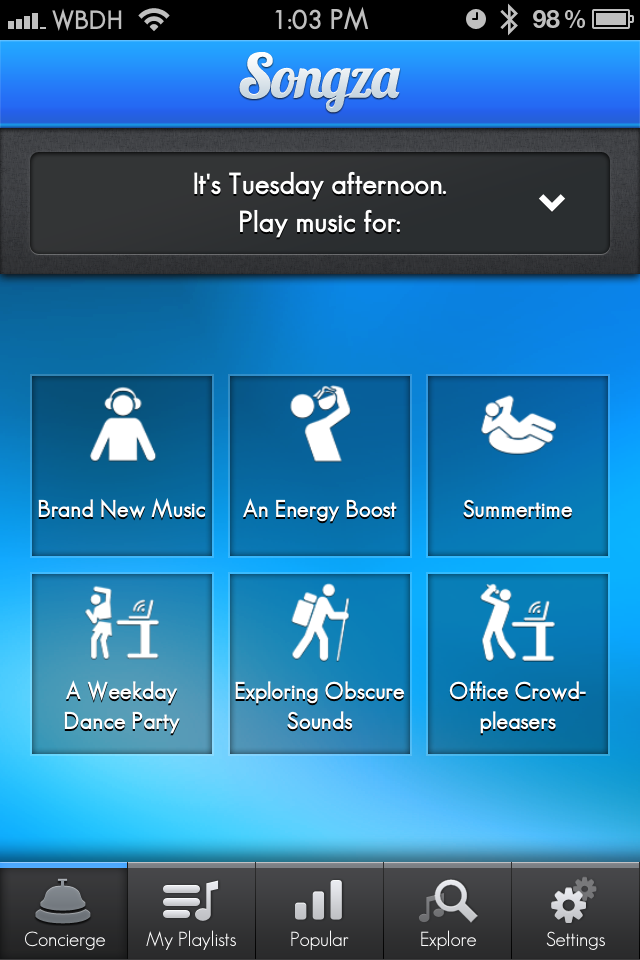 There are still some of the same annoyances that some have with Pandora, such as the ability to skip only a limited amount of songs. Also, unlike Pandora, these playlists are all *known*, commercial music, not unknown artists. Regardless, given that, unlike Pandora, you can pick songs based on moods and situations rather than racking your brain for an artist channel that might represent that, it is an easily overlooked annoyance.

How to Display Lyrics for Songs in iOS 7
Save Money with Our List of the Best Free Streaming Services
Bug in iPhone 4, iPhone 4s and iPhone 5 Running iOS6 Causes Phone to Automatically Start Playing Pod...
How to Recover and Restore iTunes Music Purchases
How to Add Lyrics - All of Them! - to Your iTunes Library and Display Them with Your Music on Your i...
Yes, You Can Download All of Your iTunes Purchases Again
Create eBooks to Take Along on Your iPod!
5 Rising Social Media Platforms to Watch-If You Are Business Minded
Share the knowledge