Would you pay to belong to an ad-free social network? Dalton Caldwell, mastermind behind App.net, akin to an ad-free Facebook or ad-free Twitter, thinks you just might. While he doesn’t presume that App.net will score the huge user-base of Twitter or Facebook, he does think that he will amass enough of a following that the $50 per person annual fee, coupled with the an ad-free and developer-friendly platform, will build a sustainable network that instills trust among both users and developers.

Caldwell finds that the problem with Facebook and Twitter is that, once they are ad-supported, they tighten up the reins and the users are no longer their customers, the advertisers are. The users become a product, and to cater to the advertisers, user experience falls critically short. Further, social networks such as Facebook and Twitter are the bread and butter for software developers who develop mobile and desktop clients. But just last year, Twitter informed everyone that it aimed to move towards being the only provider of service access and promptly began tightening the reins on what outside developers could do. This immediately left ousted developers frustrated and, as Caldwell put it, dropped a “bomb on their developer ecosystem.


Subsequently, Caldwell launched a crowd funded project on join.app.net, much like Kickstarter, with the goal of raising $500,000 within 30 days. At time of this writing, there are 5 hours left and the project has raised $778,900. The “member” tier service is a $50 buy-in and offers supporters the option to use whatever username they are using on Twitter, or another username of their choosing, so long as they sign up by the close of the project deadline. Developers can buy-in at the $100 level, which, as Caldwell puts it, will gain them “access to the entire App.net developer toolchain which includes API key generation, documentation, an API analytics dashboard, and the developer feedback and support community.” Those who can give $1,000 will get the same opportunities as the developer level, as well as phone support and a meeting in San Francisco with Caldwell himself.

The layout of App.net is likely going to be the same as Twitter, in that those who use it can publish updates and build a real-time feed with content from other users to whom the user has subscribed. While many, as Caldwell puts it, “tech nerds,” are excited abou this concept, others are skeptical that this whole idea may seem a bit exclusionary. So far though, it appears that anyone with an extra $50 to spare each year can join. Whether this is the answer to a better user experience, and developer prospect, it remains to be seen if this is a concept that will work as well in reality, as it seems to in theory. In the mean time, we will see you all over on Facebook and Twitter. 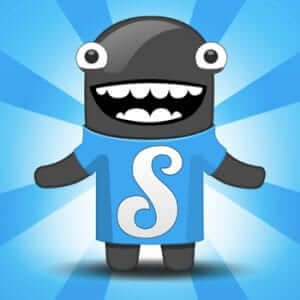