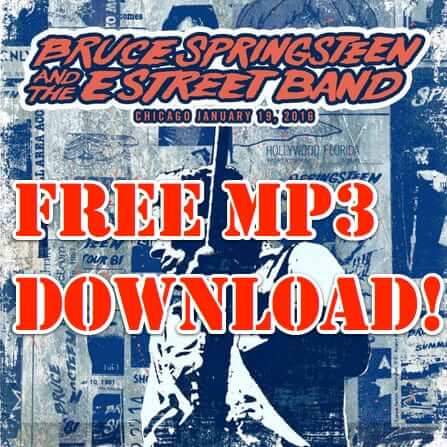 Not only is Bruce Springsteen the Boss, but he’s a class act, as well. Scheduled to play Madison Square Garden yesterday, the concert had to be postponed owing to the blizzard of ’16. And so, he and the E Street Band have made available for free download, in its entirety, last week’s Chicago concert, including the debut of their cover of the Eagles’ ‘Take it Easy’, as a tribute to Glenn Frey (entire playlist below). Now that’s class!


In a note posted yesterday, explaining the move, on his official Bruce Springsteen website, under the heading “A thank you from E Street”, Springsteen explains that “Out here on E Street, we’re missing our fans at The Garden tonight and wanted to send this along. Starting at 8PM tonight, the live recording of The River tour from the Jan. 19 Chicago show will be available as a free MP3 download for the next two days at live.brucespringsteen.net. 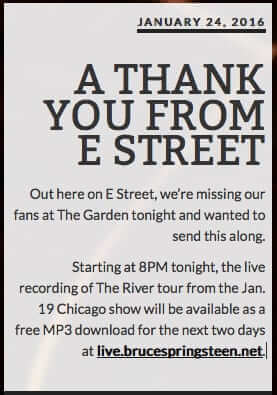 The playlist for this free Chicago Springsteen concert includes Hungry Heart, I Wanna Marry You, The River, Cover Me, Born to Run, and, the Glenn Fry/Eagles Tribute, Take it Easy. 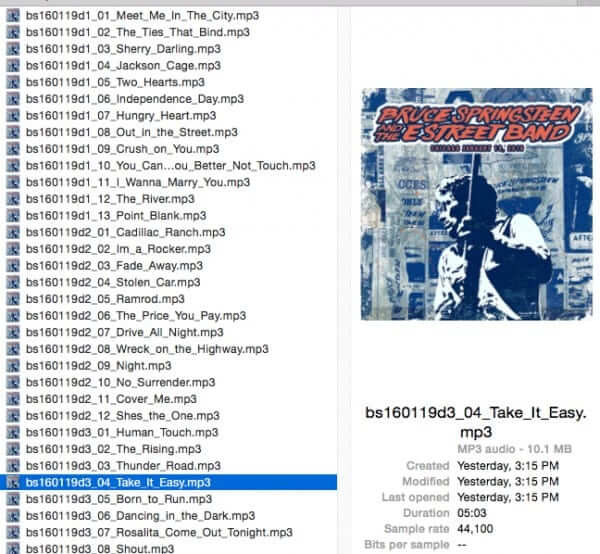 Here’s the link to download the concert album, until 8:00pm on Tuesday, January 26th (we don’t know whether this is Eastern, Pacific, or Central time): 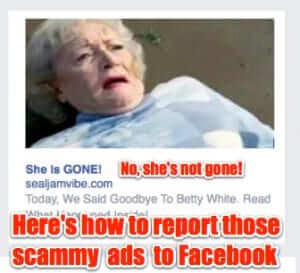 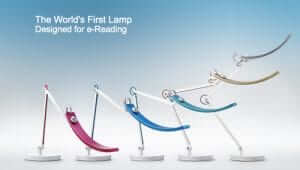