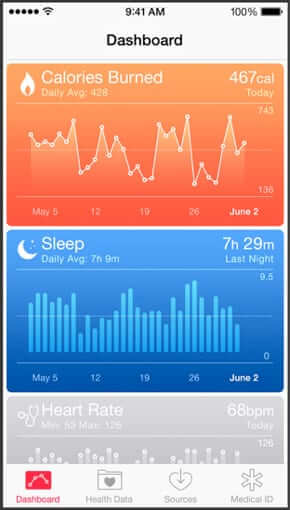 Apple just released iOS 8 (and OS X Yosemite). Now your iPhone (4S and later), iPad, and iPod can have Quick Type predictive typing, Voice embedded Messages, Home Kit home automation, and Health Kit health and activity monitoring, along with some less interesting ‘upgrades’. Well, not now, literally, as you will have to wait for the fall to get either iOS 8 or Yosemite.

Of course, between Android and parent company Google, some of these features have been available to Android and even iPhone users for some time already. Android users have had the predictive typing feature for ages (and we know very few people who like it, let alone use it), and the Nest thermostat, now owned by Google has been the delight of geeks across the country for years.

According to Apple, the home automation HomeKit will also allow for the controlling of lights, door locks, and other funtionality. Says Apple’s Craig Federighi, “There are a lot of great home automation devices coming on the market these days. And they all have apps.”

Perhaps the most interesting – and alarming – iOS 8 offering is the HealthKit.

HealthKit is basically an API which can collect and report on information from third-party apps like the Nike and other fitness apps. It can also, with the right apps hooked into it, report on heart rate, blood pressure, sleep, calories used, etc., which can be conveniently displayed in the HealthKit dashboard.

So why do we say “and alarming”? Because users can ‘permit’ the HealthKit to notify their doctor if a reading goes outside of a particular level.

Let us say that again: your iPhone can report to your doctor if, for example, your heart rate or blood pressure go above a certain level.

Are we the only ones who see the potential for insurance companies to hook into this? (Surely you aren’t going to counter this with “but the data from apps is secure”, are you?)

The last feature in our quartet of “things worthy of note” in iOS 8 is the ability to embed a voice soundbites (and video bites) within a text message. As Apple explains it, now you can “actually LOL. OL.” Hit the button, say something, and it gets transmitted in your own voice. Or record video as you’re seeing it, to share within a text message. 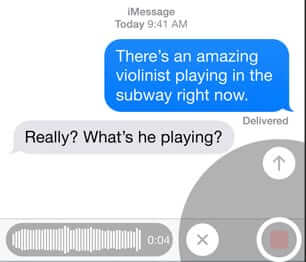 Of course, this will almost certainly be available only iPhone-to-iPhone, via iMessage, and we all know how reliable iMessage is.

There are other, lesser (to our mind) tweaks, all of which seem mostly to be simplified ways of doing things you could do before. You can read about it all at the Apple overview of iOS 8.

As for [Page no longer available – we have linked to the archive.org version instead], one of the biggest changes, at least from “majority of users” perspective, is that it will look more like, well, an iPad or iPhone. 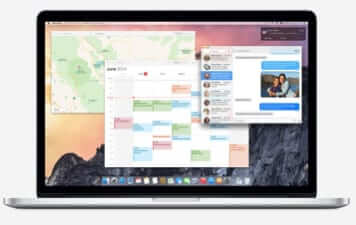 Although, we did find this one little tidbit: iMessage users will finally be able to get SMS messages on their Mac through iMessage. Yes, you read that right. In theory that should mean that you will be able to communicate through iMessage, on your Mac, with your Android friends.

How to Find Your Email Files on a Mac or Macbook
LA Plan to Give iPads to Students Massive Fail as High Schoolers Hack Them within a Week
How to Pay for Your Own Apple Purchases When On Someone Else's Apple Family Plan
How to Set up Your Smartphone as a Webcam
The Story of CTRL + ALT + DEL: How these Shortcut Keys Became Famous
How to Back Up one Mac to another Mac Using Time Machine
iPhone WiFi or Bluetooth Automatically Turns Back On? Here's Why and What to Do About It
What's New in iOS 9
Share the knowledge

Number of people who have enjoyed this article: 2,633