Microsoft has been fined to the tune of $732 million by the European Union, for failing to adhere to the requirements of a settlement agreement that resulted from Microsoft’s restrictive shipping of Windows computers pre-loaded with Internet Explorer as the default web browser, and with no obvious alternative. Joaquin Almunia, competition commissioner for the European Union, noted that it had been a mistake to let Microsoft monitor their own compliance with the agreement.

Almunia noted that settlements “allow for rapid solutions to competition problems,” adding that “Of course such decisions require strict compliance” where “failure to comply is a very serious infringement that must be sanctioned accordingly.” 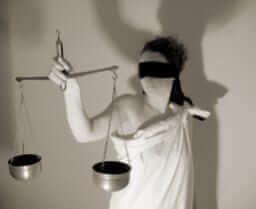 Under the terms of the agreement, Microsoft was supposed to, for a period of five years, provide a “ballot screen” from which European users of new Microsoft computers could readily download other browers, and turn of Internet Explorer.

According to sources, Microsoft had assured the commission that it was complying with the agreement, while in fact at least 15 million users in Europe did not receive the ballot screen.

Said Microsoft, “We take full responsibility for the technical error that caused this problem and. have apologized. We have taken steps to strengthen our software development and other processes to help avoid this mistake – or anything similar – in the future.”

You May be Owed Money from Paypal in Class Action Settlement for Improper Holds, Reserves, and Suspe...
Sony PlayStation Network Hack Settlement Payout Announced for PSN Subscribers
Hate Being Added to Email Mailing Lists without Your Permission? Now is Your Chance to Let the FTC K...
Teen Prosecuted as Adult for Having Naked Pictures of Himself on His Own Phone
How-Old.net Actually Created to Scrape Your Photos Metadata
Fight Over Access to Dead Person's Email Heads to Supreme Court
Microsoft Admits Breach, Hackers Accessed Users' Outlook, Hotmail, and MSN Email for Months (Full Te...
Hater Intentionally Causes Seizure in Epileptic Reporter with "Weaponized Tweet"; Faces Federal Char...
Share the knowledge

Number of people who have enjoyed this article: 1,529