A councilman in Berkeley, California, Gordon Wozniak, has proposed a new email tax as a way to help subsidize the U.S. postal service. The post office has bled red ink for several years, and in part this is being blamed on the rise of the use of email, instead of regular paper mail or, as it has come to be known, ‘snail mail’. Wozniak’s (no word on whether he is related to Steve Wozniak of Apple fame) idea is that a tiny tax on the billions of emails that are sent could help to bolster the failing postal service. 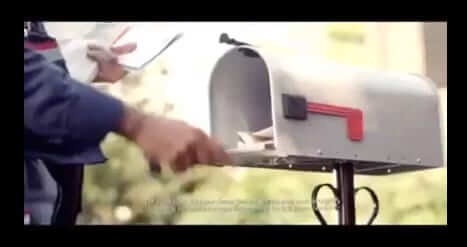 The post office has fallen on hard times, on that everyone can agree. In the past couple of years we have covered the announcement that the post office will end Saturday delivery, the proposed closing of as many as 3700 USPS locations, and the post office’s claims that snail mail is safer than email.

With this new (and yet old) idea, Wozniak hopes to raise funds to help offset the losses that the post office has suffered in recent years.

Says Wozniak, “There should be something like a bit tax. I mean a bit tax could be a cent per gigabit and they would still make, probably, billions of dollars a year… And there should be, also, a very tiny tax on email,” suggesting that the tax be something along the order of 1/100 of a cent per email (or a penny for every 100 emails sent).

Wozniak added, in an emailed statement, that “Since many billions of emails are sent every day, an email tax could raise substantial sums. Most of the revenue raised could be used to fund the managing and maintaining the Internet Superhighway and a portion to subsidize snail mail. Think of it as analogous to the gas tax used to maintain our physical highways.”

That said, and as Wozniak himself acknowledges, the Federal Internet Tax Freedom Act forbids, among other things, taxing email.

However, that said, the Internet Tax Freedom Act is due to expire in 2014, if it isn’t extended.

So, if you care about these issues, it’s time to write your Congressman letting him or her know your position on the extension of the Internet Tax Freedom Act, and taxing email in general.

The Truth about the FBI USPS idHSC Voluntary Fingerprint Submission Program
Paternity Notice on Facebook not Enough for Termination of Parental Rights, Rules Court
Grand Jury Convened Over Facebook Poking Arrest
King of Spam Scott Richter Steps Down from Throne and Pays Microsoft $7million
More Than Half of Americans Check Email in Bed
Do You Still Have to Follow GDPR after Brexit if You are in the UK? Yes
National Online Sex Offender Registry Opens for Business
Here's What's Up with All Those 'Do Not Sell My Personal Information' Links and Pages that are Cropp...
Share the knowledge