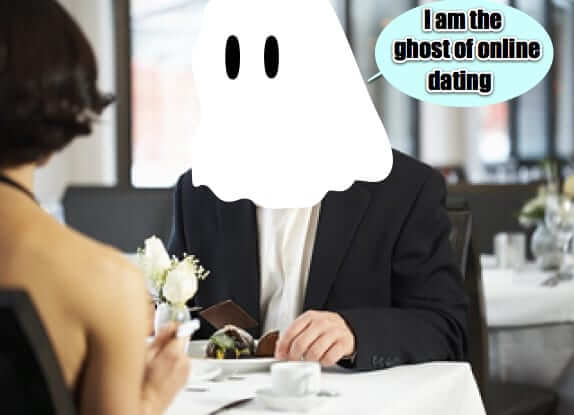 With Halloween just around the corner, it’s the perfect time to talk about ghosts. Only, we mean online dating ghosts. Oh, we don’t mean sipping coffee with Casper. ‘Ghosting’ or to be ‘ghosted’ means that you had a date, and then the person simply vanished. They didn’t bother to call you (or email or text you) to tell you that they weren’t interested, they simply let their lack of communication do it for them, figuring you’d get the (uncommunicated) message. Why do people ghost? And if you’ve been ghosted, tell us about it!

This is of course connected to the peculiarities of online dating generally, about which we have written in the past, most recently when we wrote about the “my friend likes you” dating scam.

With these three areas of information in your online dating arsenal, you should be well-prepared for entering (or continuing in) the world of online dating.

First, let’s be clear what we mean by dating ghosting: you’ve likely had some back-and-forth texting or emailing, some flirting, seen each others’ pictures, and then you arrange a first date.

Suddenly, after that date ends, crickets.

Even though before that first date your texts may have been fast and furious, after that date ends, you never hear from them again.

The Urban Dictionary defines ghosting as “The act of suddenly ceasing all communication with someone the subject is dating, but no longer wishes to date. This is done in hopes that the ghostee will just “get the hint” and leave the subject alone, as opposed to the subject simply telling them he/she is no longer interested.”

So what’s is behind this phenomenon? Well, we believe that, primarily, it’s the technology-driven culture of online dating, combined with the general short-attention span and “get what I want when I want it” nature of today’s society, with a little bit of “if I friend you online it doesn’t really mean we’re friends” mixed in.

Rachel Sussman, author of the Breakup Bible, also thinks it’s the technology. In an article in Women’s Health, Sussman says that “Technology might actually be what’s making M.I.A. men and women more prevalent. Before Tinder or even online dating, people’s friends or someone they knew would often set them up. That meant that if things didn’t go well, you would have to be straight up with your date. Otherwise, things between you and the friend who set you up could get pretty awkward. But now that more of us are dating people we have no mutual friends with, it’s easier to bail without warning when you’re not that into it.”

Looking at it from another point of view, it’s not hard for someone to think “Why would you think it was serious, and warranted an explanation? All we did was text, and meet once.” Rude, yes. Self-serving? You betcha. But oh-so-easy.

So, while it’s true that being ghosted suggests that he’s just not that into you (or she’s just not into you, but that’s not the name of the book and movie), it also suggests something else: it’s truly not about you, it’s about them.

Even the Urban Dictionary, not particularly known for its moral compass, says that “Many attempt to justify ghosting as a way to cease dating the ghostee without hurting their feelings, but it in fact proves the subject is thinking more of themselves, as ghosting often creates more confusion for the ghostee than if the subject kindly stated how he/she feels.”

Says Charles Orlando, author of The Problem With Women is… Men, in an article on eHarmony, “If they vanish, it isn’t a reflection on you or your own worthiness of love. They could have called and/or wrapped things up in a respectful manner. Maybe they had an emergency, maybe they didn’t feel the connection… maybe a million things, but that is all about them. YOU are still worthy… and sometimes the Universe takes away what you think you want to make room for what you actually deserve.”

Have you been ghosted? Tell us about it!

New Online Dating Scam - I'm Contacting You for a Friend
How to Change Your Date of Birth on Match.com
Is OK Cupid Selling Your Answers to Their Questions?
The 7 Top Online Dating Tips Based on Online Dating Statistics
OKCupid Admits to Experiments with Users
Verona Dating App Connects Israelis and Palestinians to Advance World Peace
OKCupid Asks Users to Ditch Firefox Over Anti-Gay Rights CEO Brendan Eich
How to Create Match.com Profile Paragraphs 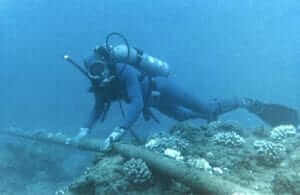 Why the U.S. is Concerned about Russian Submarine Activity near Undersea Internet Cables