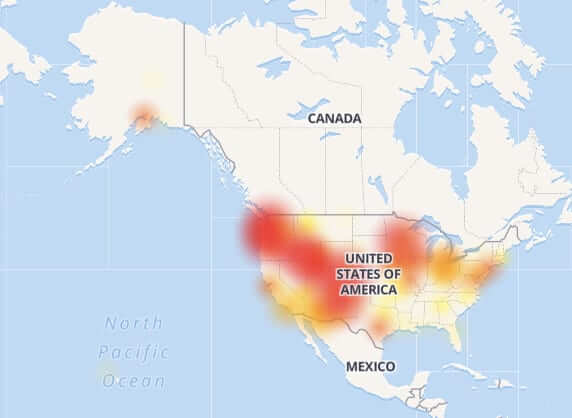 Yesterday we reported on the nationwide CenturyLink outage – an outage which is still going on in many parts of the country, more than 24 hours later. We also reported that as a result of this outage, many 911 emergency services were and are unreachable. Now the Federal Communications Commission (FCC) is investigating the CenturyLink outage, calling the breadth and duration of it “unacceptable”.

As we explained in yesterday’s coverage of the outage, many emergency services now rely on VoIP (Voice over Internet Protocol) such as is provided by CenturyLink and Comcast, so when a service like CenturyLink or Comcast goes down, emergency services are affected. This is, by the way, why we encourage individuals whenever possible to maintain a regular telephone line at home, even if you never end up using it.


CenturyLink’s response to this, today, was to tell people “We are aware of some 911 service disruptions affecting various areas through the United States. In case of an emergency, customers should use their wireless phones to call 911 or drive to the nearest fire station or emergency facility. Technicians are working to restore services.” 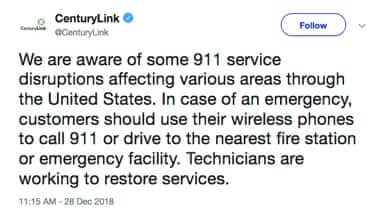 And in large part this issue is what has motivated the FCC into action.

In an FCC statement posted within the last hour, FCC Chairman Ajit Pai said “When an emergency strikes, it’s critical that Americans are able to use 911 to reach those who can help. The CenturyLink service outage is therefore completely unacceptable, and its breadth and duration are particularly troubling. I’ve directed the Public Safety and Homeland Security Bureau to immediately launch an investigation into the cause and impact of this outage. This inquiry will include an examination of the effect that CenturyLink’s outage appears to have had on other providers’ 911 services. I have also spoken with CenturyLink to underscore the urgency of restoring service immediately. We will continue to monitor this situation closely to ensure that consumers’ access to 911 is restored as quickly as possible.”

Some are saying that this may lead to renewed calls for Internet service providers to be declared public utilities, like electric companies, water utilities, and, yes, plain old telephone line companies.

For years, ISPs and broadband companies have lobbied – hard – against being classified as public utilities. And ironically, just this past year, Chairman Pai ended net neutrality, which his agency referred to as “heavy-handed utility-style regulation of broadband Internet access service.”

Now things seem to have come full circle – with Pai himself launching a heavy-handed utility-style investigation of the outage.

How Chairman Pai is going to square this circle is anybody’s guess.

Does Private or Incognito Mode Make Browsing Anonymous?
AT&T, Sprint, T-Mobile, Verizon Down Across U.S. - March 31, 2020
Is Your ISP Interfering with Your Downloading and Bandwith Use? Ask Switzerland and the EFF
Yes the .Sucks Top Level Domain is Real
Customers Leave GoDaddy in Droves as CEO Bob Parsons Flaunts Killing Elephant, Defends Elephant Vide...
Verizon Acquires Yahoo and Apparently It's Worth It - Here's Why
Massive CenturyLink Outage is Nationwide on December 27 2018
Why GoDaddy is in the Dog House with Their "Lost Puppy" Superbowl Commercial
87shares