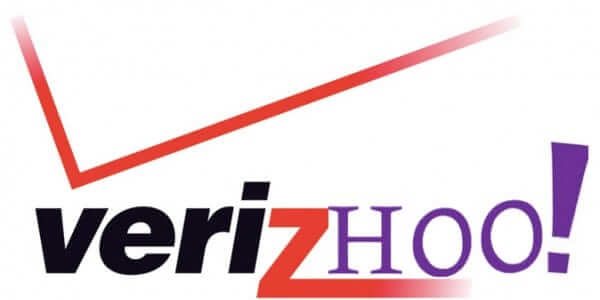 Verizon and Yahoo have been sleeping with each other in one way or another since at least 2005 (when the domain verizon.yahoo.com was launched), but now Verizon is finally going to make an honest woman of Yahoo. Yesterday it was announced that Verizon has acquired Yahoo for $4.83 billion. Now we just need to agree on what the Hollywood-style name for the new couple should be – should it be Veriz-hoo or Yahoozon?

(For those interested in old history, you can see the verizon.yahoo.com history at the Internet Archives.)

Now, while some may wonder why Yahoo could be worth nearly $5bn, it’s worth remembering that even nearly ten years ago, Yahoo had suitors such as Microsoft bidding to acquire Yahoo. At the time, Microsoft was interested primarily in Yahoo’s search engine system. Verizon, it seems, is primarily interested in the Yahoo user base, and its existing cashflow.

In fact, according to Forbes, the best estimates are that Yahoo’s current cash flow for products and services that are included in the sale to Verizon total about $1.2bn per year.

Says Baruch Lev, a professor of accounting at NYU, “That means Verizon is paying around five times free cash flow, based on the $4.8 billion price. That isn’t a high number.”

It’s also worth noting that this is not the first old Internet service provider that Verizon has brought into the fold. In fact it was just about a year ago that Verizon acquired AOL, and for just about the same amount of cash ($4.4bn). So presumably Verizon knows what they are doing when it comes to acquiring Yahoo.

In the case of the AOL acquisition, it is widely thought that Verizon acquired AOL for, among other things, that AOL content (such as The Huffington Post, and Engadget) that Verizon could then monetize and offer to existing Verizon customers, along with AOL’s advertising tech.

With the Yahoo acquisition, Verizon will be acquiring more users to whom to serve that content and that advertising. According to the BBC, at least one billion people walk through Yahoo’s virtual doors at least once per month. In addition, Verizon has had its eye on Yahoo’s sports and finance outlets, as well as their email and news systems.

Said Verizon CEO Lowell McAdam, in a conference call with analysts this morning, “We’re extremely excited about the assets that Yahoo has in the areas of Sports and Finance and Email and News. You match those up with AOL and we’ve just made an exponential leap in capabilities here.”

For her part, Yahoo CEO Marissa Meyer said, in an email to Yahoo employees about the acquisition, “Yahoo is a company that changed the world. Now, we will continue to, with even greater scale, in combination with Verizon and AOL.”

Massive CenturyLink Outage is Nationwide on December 27 2018
What's the Big Deal about the Starry Internet Device? Not Much. At Least Not Yet.
Yahoo and AOL DMARC Reject Policy Leads to Disabling of Microsoft Email Addresses on Mailing Lists
How to Turn Off or Cancel Auto Renewal of Domains at GoDaddy
The Spinning Disks of Internet Slowdown Day Explained
Yahoo Chat Rooms: You Must Be Over 18 Now
Your Deepest Secrets are Not Safe with Your ISP
Massive Transcontinental Internet Outage as Three Undersea Cables Severed - Again.
Share the knowledge

Number of people who have enjoyed this article: 909