You can say one thing for Carl Ichan – he doesn’t give up. Icahn, currently embroiled in his own takeover bid for Yahoo’s board, is also fomenting Microsoft’s efforts to acquire Yahoo – or at least part of Yahoo.

As we reported back in May,

Yahoo CEO Jerry Yang, and the current board, however, felt that Microsoft’s offer grossly undervalued Yahoo and, beyond that, Yang has lots of interesting plans for Yahoo, some of which are already coming to fruition.

In short, Yang is saying “don’t count Yahoo dead, because we’re not”, and many, including us, agree.”

Icahn swore back then to try to force a sale to Microsoft, and he is making good on his threat. Sometime last week Yahoo received a joint offer from Microsoft and Icahn, to purchase Yahoo’s search engine business.

After consulting with the current board – which Icahn is seeking to replace – Yahoo formally declined the offer on Saturday, saying that “Yahoo!’s existing business plus its recently signed commercial agreement with Google has superior financial value and less complexity and risk than the Microsoft/Icahn proposal. The major component of the overall value per share asserted by Microsoft/Icahn would be in Yahoo!’s remaining non-search businesses which would be overseen by Icahn’s slate of directors, which has virtually no working knowledge of Yahoo!’s businesses.”

Yahoo added, taking direct aim at Icahn’s effort to undermine and replace the current board, “The Yahoo! board believes these moves would destabilise Yahoo! for the up to the one year it would take to gain regulatory approval for this deal.”

Following this, and with a tantrum which would put any 2-year old to shame, Icahn wrote a letter to Yahoo shareholders which said, in part, “I have yet to see a company distort, omit and twist events and facts in the manner that Yahoo! has done in their press release issued Saturday night, July 12th.”

He also referred to how he had personally “negotiated with Steve Ballmer for the better part of a week,” and then, and you can just see his little foot stamping on the ground, yelled (yes, he really wrote in ALLCAPS in the letter, “DON’T BE FOOLED” and “ARE YOU, THE REAL OWNERS OF YAHOO!, WILLING TO TAKE THE SAME RISK?”

Really, this guy needs to learn to take “no” for an answer, and to [Page no longer available – we have linked to the archive.org version instead]. 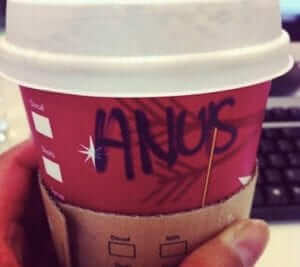