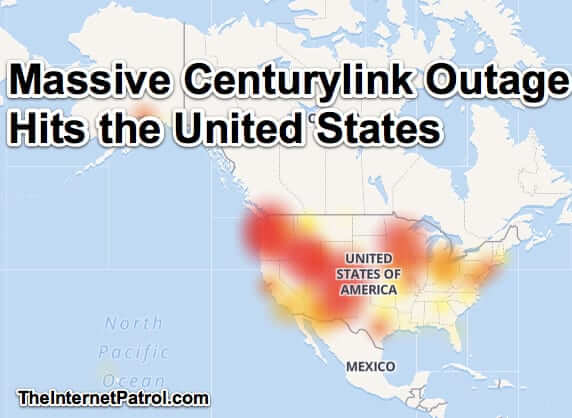 Millions of people across the U.S. woke up to a nationwide, coast-to-coast CenturyLink outage. Hardest hit are New Mexico, Colorado, Idaho, Wyoming, and Washington state, however Centurylink is down in other states including California, Oregon, and the Northeast.

Said CenturyLink, this morning, in a statement to the press, “Our network is experiencing a disruption affecting customer services. We understand some customers are currently unable to generate tickets through the CenturyLink help portal. We know how important these services are to our customers and we are working to restore services as quickly as possible.”

According to EastIdahoNews, their users started reporting issues as early as 1:00 a.m. Central Time.

Says WDIO, out of Minnesota, “St. Louis County authorities are reported a Nationwide CenturyLink outage Thursday morning, which is affecting 911 emergency call services in different northland counties. The sheriff’s office says, for St. Louis County, land lines are being affected “sporadically.” They say all major cell phone companies appear to be working as they should. Authorities recommend to use a cell phone for those who need to call 911. If a cell phone is not available, use another type of phone to call 218-625-3581.”

(Remember when the advice used to be to not use a cell phone to call 911?)

While CenturyLink’s Twitter account has been silent about the issues, lots of Twitter users have been tweeting about it, and they are not happy. Those who have tried to call CenturyLink have been put on hold with an expected hold time of as many as “247 minutes”, and those who have managed to get through to a CenturyLink rep have been told that they can expect service to be down for as much as 2 days! 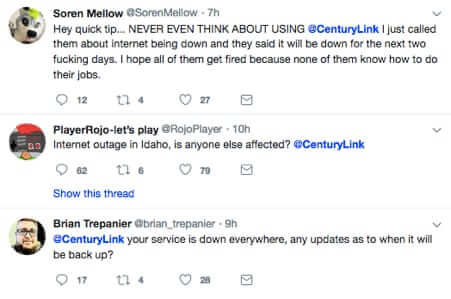 [UPDATE: CenturyLink finally tweeted a statement about the outage: “Our network is experiencing a disruption affecting customer services. We understand some customers are currently unable to generate tickets through the CTL help portal. We know how important services are to our customers and are working to restore services as quickly as possible.” Pretty much exactly the statement that they released to the press.]

If you are being affected or were affected by this outage, please let us know where in the world you are in a comment – we’ll keep a running list for folks. 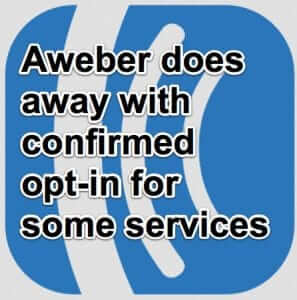 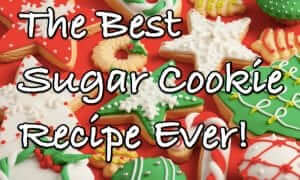 The Best Christmas Sugar Cookies Recipe on the Internet
189shares