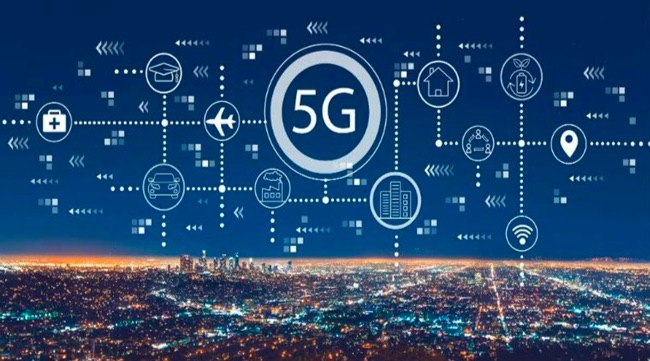 5G is supposed to be rolled out this week, specifically with AT&T and Verizon, and the airlines are warning of “catastrophic disruptions” to travel and commerce if 5G is brought online at airports. Conspiracy theories involving Bill Gates and 5G aside, there are some reasons to have some concern about 5G, but they may not be the ones you’re hearing about. Here is our plain English explanation of the concerns with 5G.

Conspiracy theories about 5G, fake news about 5G, and even just plain old misinformation about 5G, abound. From the lunacy that “Bill Gates is implanting 5G chips in all of us with the Covid vaccine”, to singer Keri Hilson tweeting the fake news that “5G launched in CHINA. Nov 1, 2019. People dropped dead,” there is no shortage of false, and yes, ridiculous, but still dangerous misinformation swirling around 5G.

Part of the reason that this misinformation is dangerous is, of course, that it’s just plain wrong, and yet people will act on it as if it’s gospel. But the other reason that it’s dangerous is that it’s sensational, and the noise that it makes drowns out actual concerns based on science.

Yes, we said science, and yes, we said concerns. No less than Scientific American and the IEEE (the Institute of Electrical and Electronics Engineers), and the European Commission have weighed in on this. We hope that you will forgive us for finding them considerably more credible than your friend of a friend on Facebook.

Writing in Scientific American, Dr. Joel M. Moskowitz, director of the Center for Family and Community Health in the School of Public Health at UC Berkeley, and author in the study that found long-term cell phone users were at greater risk of brain tumors in 2009, points out that we already know that there are health risks with 2G and 4G “RFR” (radio frequency radiation), including the study last year conducted by the U.S. National Toxicology Program (NTP) which found “clear evidence” that two years of exposure to cell phone radiation damages DNA in rats and mice, and increases cancer in male rats. (This result was replicated by the Ramazzini Institute in Italy, and they used a different carrier frequency and much weaker exposure to cell phone radiation over the life of the rats, and the male rats still developed cancer, and rats and mice of both sexes still had damage to their DNA from the exposure).

The thing is, says Moskowitz, 5G doesn’t replace 2G and 4G, it’s in addition to 2G and 4G. Meaning that on top of technology that we already know is damaging to the health of mammals, now we are adding an additional radiation load to our bodies. Says Moskowitz, “The latest cellular technology, 5G, will employ millimeter waves for the first time in addition to microwaves that have been in use for older cellular technologies, 2G through 4G. Given limited reach, 5G will require cell antennas every 100 to 200 meters, exposing many people to millimeter wave radiation,” adding that “Millimeter waves are mostly absorbed within a few millimeters of human skin and in the surface layers of the cornea. Short-term exposure can have adverse physiological effects in the peripheral nervous system, the immune system and the cardiovascular system. The research suggests that long-term exposure may pose health risks to the skin (e.g., melanoma), the eyes (e.g., ocular melanoma) and the testes (e.g., sterility).” Moskowitz points to the 5G Appeal, which has been signed by more than 400 scientists and medical doctors calling for a delay in rolling out 5G until more research on the health risks can be conducted on this new, and therefore largely unresearched, technology.

And even in a decidedly pro-5G paper published by the IEEE, IEEE Fellow Rod Waterhouse acknowledges that local exposure to radio frequency radiation can damage skin tissue and corneas, and excessive exposure can cause a person’s entire body to overheat to dangerous levels.

Says Waterhouse, “The majority of the scientific community does not think there’s an issue. However, it would be unscientific to flat out say there are no reasons to worry,” going on to say that “Whether we’re talking about 3G, 4G, or 5G, the question of electromagnetic radiation safety (EMR) is whether the risks are manageable. The first medical studies on possible health effects from EMR started almost 60 years ago, and literally thousands of studies since then reported either no health risk or inconclusive findings. A relatively small number of studies have claimed to find some evidence of risk, but those studies have never been reproduced—and reproducibility is a key factor in good science.”

Of course, what Waterhouse and Moskowitz say seem to be at odds with each other inasmuch as Waterhouse says that no adverse results have been reproducible, while Moskowitz points to the Ramazzini study reproducing the U.S. National Toxicology Program study. Hey, we said we were going to explain this all in plain English, not necessarily make sense of it. Proponents also point out that 5G has already been deployed in Europe, while opponents also point to the lack of medical research.

And speaking of Europe, at the end of the day the EU research community has concluded that… well, it’s complicated. Explains Professor Niels Kuster, founder and director of the Swiss IT’IS Foundation, in the EU Commission’s Horizon publication, “I don’t claim we need to be concerned about millimetre wave exposure. But it’s irresponsible to not have much data and expose large groups of people to these fields.”

So those, in a very small nutshell, are the concerns of the scientific and medical communities. But what about the airlines?

In short, the airlines are primarily concerned that 5G could interfere with their flight instruments, including those which measure distance between the airplane and the ground. Apparently the Federal Aviation Administration agrees. In an Airworthiness Directive (AD) issued on December 7th, 2021 the FAA said:

The FAA is adopting a new airworthiness directive (AD) for all transport and commuter category airplanes equipped with a radio (also known as radar) altimeter. This AD was prompted by a determination that radio altimeters cannot be relied upon to perform their intended function if they experience interference from wireless broadband operations in the 3.7-3.98 GHz frequency band (5G C-Band). This AD requires revising the limitations section of the existing airplane/aircraft flight manual (AFM) to incorporate limitations prohibiting certain operations requiring radio altimeter data when in the presence of 5G C-Band interference as identified by Notices to Air Missions (NOTAMs).

Put in plain English, what this says is that flight instruments which are designed to measure distance between an aircraft and the ground (the altimeters) cannot be relied on when within a certain range of 5G, which is why the airlines are concerned about 5G coming online and being made available specifically at airports.

Now, you may say “shades of when we couldn’t use our cell phones on an airplane”, and you wouldn’t be wrong. However in this case part of the concern is that 5G broadcasts on radio frequencies that are pretty close to the frequencies used (and specifically reserved for)..wait for it… airplane altimeters. According to the National Telecommunications and Information Administration (NTIA), “The 4200-4400 MHz band is a shared band internationally reserved for radio altimeters installed on aircraft. The radio altimeter transmits radio frequency signals toward the ground and times how long it takes them to be reflected back to the aircraft receiver. Because speed, distance and time are all related to each other, the altimeter can determine the aircraft’s distance from the surface.”

The “4200-4400 MHz” at which the airplane altimeters operate can also be expressed as 4.2-4.4 GHz. According to the Global System for Mobile Communications (GSMA), “The majority of commercial 5G networks are relying on spectrum in the 3.5 GHz range (3.3 GHz-4.2 GHz).”

In other words, in theory the 5G range ends at 4.2 GHz, and the altimeter frequencies begin at 4.2 GHz. So you see the concern.

But that said, the frequencies on which AT&T and Verizon are operating their 5G networks are 3.7-3.98 GHz. Still, some folks think that 3.98 GHz is too close for comfort to 4.2 GHz, others think it’s plenty far apart.

And still others think that the whole thing is basically down to political machinations (cf. this article in USA Today), which neatly brings us back full-circle to conspiracy theories.

Again, we said we would explain it in plain English, but we can’t tell you what to make of it all.

How GDPR Will Conflict with Almost Everything
The Blue Whale Suicide Challenge Game for Teens - It's Real Enough
Google Maps Street View Leads to Divorce
UK Passes Law Making Domestic Violence over Social Media a Crime
U.S. Indicts 5 Members of China PLA's Unit 61398 for Economic Espionage (Full Text)
Entire Areas of the Internet Knocked Offline by Enom Following "Routine Maintenance"
How IoT is Taking Over the Healthcare Industry
Google Barges Cause Sensation - What Do They Want with a Google Barge?
Share the knowledge

Number of people who have enjoyed this article: 268