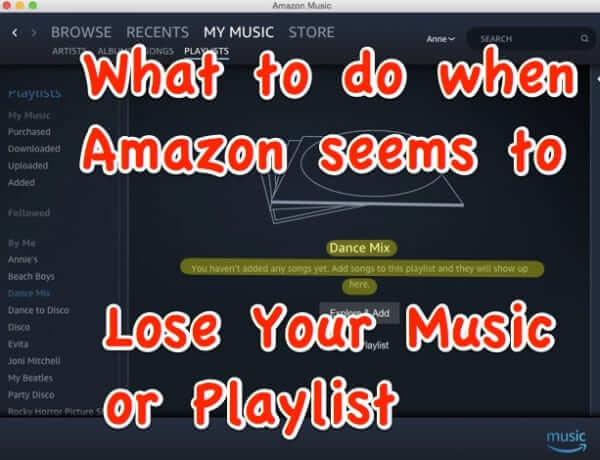 Have you experienced the frustration of building a playlist through the Amazon Music app, only to have dozens of songs disappear as your playlist either reverts back to a previous version, or disappears altogether and comes up with the playlist empty? You probably already tried searching the Amazon forums, only to discover that not only is there no relief, but that Amazon is shutting their forums down! We can’t help with the forums, but we can help with your missing music playlists! In fact, it’s likely not that the songs actually disappeared – it’s much more likely that the problem is the app.


In fact, we’ve used Amazon Music Unlimited to create a most excellent dance mix playlist, which we wrote about several months ago. And which, as you can see, Amazon now tells us has no songs in it. 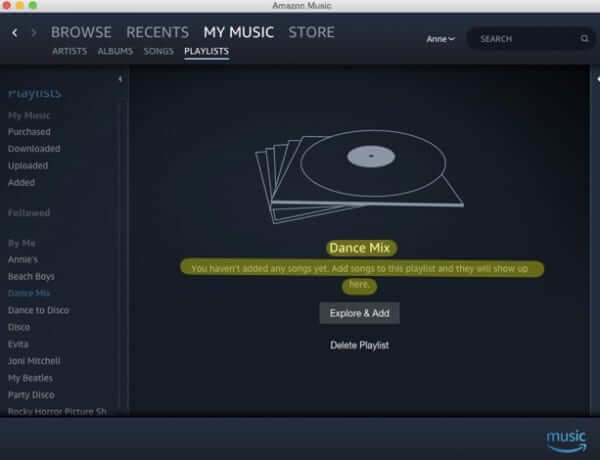 As it turns out, however, the playlist isn’t really empty (thank goodness). The problem is actually with the Amazon Music app. In fact, because this is happening in both the desktop music app, and the mobile app, we suspect that it’s the API. 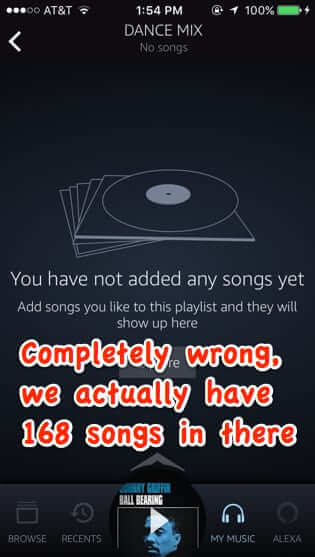 If this has happened to you, then you probably, like us, searched online and ended up in the Amazon customer forums, only to find that not only was there no useful information (just lots of other frustrated customers complaining about the same thing), but also that Amazon is closing their forums down!

As we had just spent hours building a new playlist, we were as freaked out by the blank playlist as we imagine you may be if you are reading this because this has just happened to you.

The first thing we did after having the forums fail us was to wonder whether those playlists were really gone, or whether they were actually still resident on Amazon’s server.

So, with fingers crossed, we ordered our Echo to play the Dance Mix playlist. Holding our breath, for fear Alexa would aurally bitch-slap us with “I can’t find your playlist Dance Mix”, Alexa instead uttered those 5 magic words:

“Aha!” thought we, after breathing a sigh of relief. “Something is rotten in Amazon API-land.”

Our next step was to log in to Amazon music via the web to see what we could see. And whaddaya know: 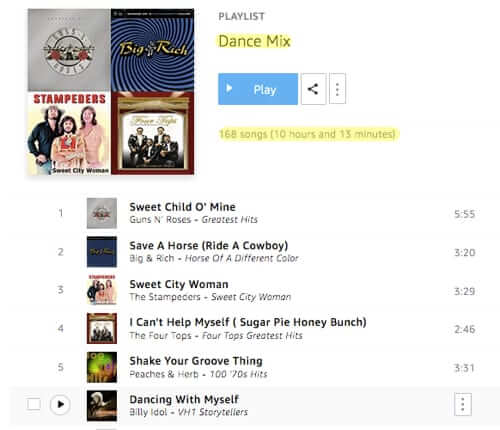 Next, we opened the Alexa app on our phone: 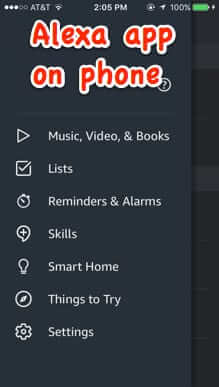 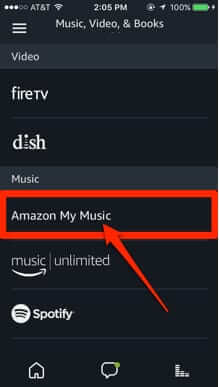 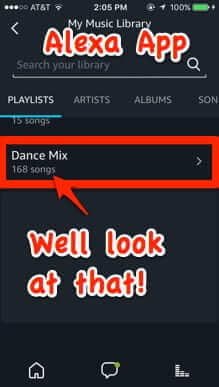 So, fear not, your music and playlists have not actually been lost.

What’s more, you can edit, add-to, remove-from, etc. your playlists from the Amazon Music web page, which, by the way, you can access directly here.

As to when Amazon will fix their buggy API is anybody’s guess. For now they are probably too busy shutting down useful resources like their customer forums.

How to Become an Amazon Reviewer and Get Free Stuff
The New Amazon Grocery Store - Coming to a Corner Near You?
Amazon Kindle Kiosk Coming to Airports and Malls
Amazon Prime Air: the Amazon Drone Delivery Service
FireTV: Amazon’s Effort to Take on Apple TV
Amazon Opens 7 New Fulfillment Centers; Offers 'Order and Pick Up' at Whole Foods for Prime Members
Here's what Amazon is Recording and Storing for Their Use When You Talk to Alexa on your Amazon Echo...
Twitter Allows Employees to Work from Home Indefinitely
10shares 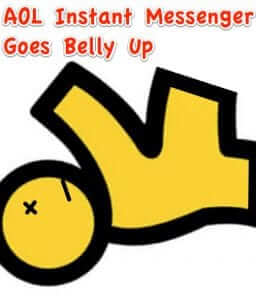 AOL Shutting Down Instant Messenger – AIM Will be Discontinued on December 15, 2017 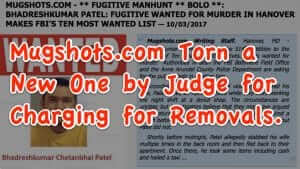 Mugshots.com Torn a New One by Judge for Charging for Removals
10shares