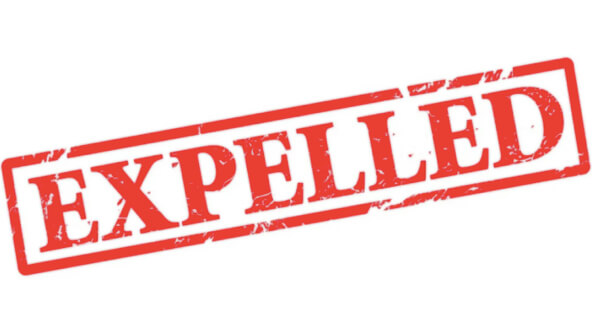 Deplatforming is, essentially, the expelling and banning of a person, group, or business from a platform – specifically from a social media platform or other platform from which the deplatformed party was able to speak with or to an audience.

Of course, the reason that deplatforming has exploded onto the social media scene recently, and hence into our awareness, is because of the deplatforming of Parler, and, even, of President Trump. In the former case, Parler has famously been removed from their web host, Amazon (hence the lawsuit filed by Parler against Amazon), and the latter banned from Twitter and Facebook.

However, the term has been in use since at least 2017 (that’s the earliest use that we could find). It should come as no surprise that it wasn’t in use – at least widely enough to be found online – prior to the rise of social media, as those are the platforms from which one is most likely to be deplatformed.

The earliest uses of either term that we could find were in this 2017 article by Salon (“Everybody loves free speech until they don’t. The exact opposite is the case with ‘deplatforming'”), and this 2017 post from Australia about the video game Handväska, where you use a purse to bash facists (yes, really), and to which one person commented “And I’m not saying that any group is required to take this shitstain seriously or give him a platform to speak. I would much rather see hate speech law actually enforced against him than not. Delegitimise and deplatform people like this through ridicule or argument. Disrupt their ability to speak through non-violent protest.”

The terms have since been used sporadically until, again, just a couple of weeks ago, when the events of January 6th spurred a flurry of deplatformings and the use of the terms exploded.

Congress shall make no law respecting an establishment of religion, or prohibiting the free exercise thereof; or abridging the freedom of speech, or of the press; or the right of the people peaceably to assemble, and to petition the Government for a redress of grievances.

This means that deplatformed entities must find other legal arguments to make if they want to challenge their deplatforming in court. In the case of the Parler lawsuit against Amazon, for example, Parler is arguing that Amazon is in violation of the Sherman Antitrust Act, and also that Amazon is in breach of contract.

It remains to be seen how the courts will decide these cases, however the act of deplatforming initiated by a private entity, in and of itself, is not illegal.

Do you think that it should be?

Glamping and Galentines Day - It's Easy to Legitimize Words with the Internet
Insiders Urge Facebook and Apple to Fix Toxic, Intentionally Addictive Nature of Social Media and De...
5 Rising Social Media Platforms to Watch-If You Are Business Minded
Second Incident with Self-Driving Car and Passenger, This Time in San Francisco, While Uber Settles ...
Google Buzz: What it Is, How to Use it, and Whether to Bother
Is The Internet Changing Our Brains?
Artificial Intelligence Can Now Turn Your Brain Activity into Text
Your Deepest Secrets are Not Safe with Your ISP
Share the knowledge

Number of people who have enjoyed this article: 287