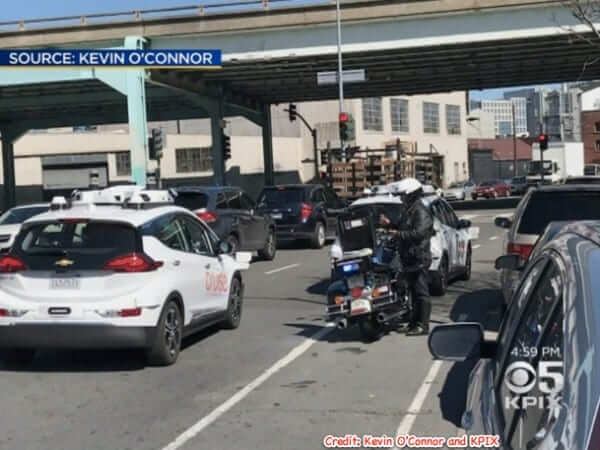 Curiously, Uber and the family of the pedestrian that was struck and killed in Arizona have already settled, less than 2 weeks after the incident, which almost certainly means that a) Uber offered them an enormous amount of money, because b) Uber knew that they had certain liability. (You can read about that incident here.)


In the most recent incident, in San Francisco, according to Fox News, “The vehicle allegedly did not stop for a person in the crosswalk. However, Cruise, the car company involved, according to KPIX, maintained that the vehicle was in compliance with California state law.”

The fact that Cruise, a wholly-owned subsidiary of GM, maintains that its self-driving car did nothing wrong technically, under the law, and that’s what they have to say about it, seems to speak volumes about what is most important to Cruise, and parent company GM.

While Cruise maintains that their data shows that their car was 10.8 feet from the pedestrian during the incident, the officer who gave the car the ticket said that “We don’t look at or work with that data. It’s whatever the officer observed at the scene and from his observation, there was a violation.”

“California law requires the vehicle to yield the right of way to pedestrians, allowing them to proceed undisturbed and unhurried without fear of interference of their safe passage through an intersection. Our data indicates that’s what happened here,” said Cruise in a statement issued to news stations.