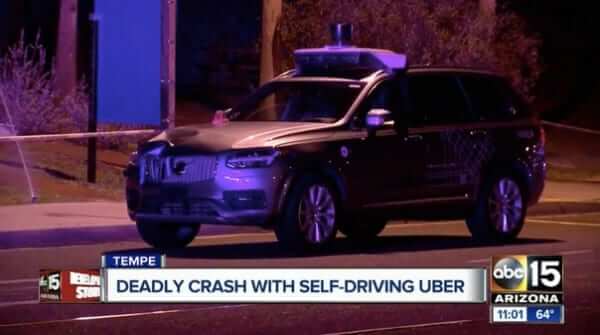 News outlets are reporting that in response to the incident, Uber has halted its self-driving car programs in San Francisco, Pittsburgh, Phoenix and Toronto, although we could find no statement from Uber to that effect.


The Verge is also reporting that Toyota has suspended their own autonomous vehicle testing in response to the Uber incident because, and we quote, “Because we feel the incident may have an emotional effect on our test drivers, we have decided to temporarily pause our Chauffeur mode testing on public roads.”

No mention of “because maybe they are not as safe as we’ve been telling you.” Reading between the lines, it sure seems they are unwilling to admit that maybe self-driving cars aren’t as safe as the hype around them would suggest.

“But what about autonomous vehicles that also have a human driver in them?” you may ask.

Ah, what indeed. Here’s the thing. That Uber that struck and killed Ms. Herzberg had a human driver in it! In fact, that human driver is known as “the safety driver” (oh, the irony).

To which you would be forgiven for saying “WTF is a safety driver for if not to make sure this doesn’t happen?” (it’s certainly what we said).

According to the Tempe Police Department’s official statement, “On March 18, 2018 at approximately 10pm, Tempe PD responded to a traffic collision on Curry Road and Mill Avenue in Tempe, Arizona. The vehicle involved is one of the Uber’s self-driving vehicles. It was in autonomous mode at the time of the collision, with a vehicle operator behind the wheel. The vehicle was traveling northbound just south of Curry Road when a female walking outside of the crosswalk crossed the road from west to east when she was struck by the Uber vehicle. The female was identified as 49 year old Elaine Herzberg. Herzberg was transported to a local area hospital where she passed away from her injuries. Uber is assisting and this is still an active investigation.”

Said Uber, “Our hearts go out to the victim’s family. We are fully cooperating with local authorities in their investigation of this incident.”

It’s good that they are cooperating, but what we really want to know is what is the point of a ‘safety driver’ being “behind the wheel”, if it can’t avoid incidents like this?

In Ultimate Use of Crowdsourcing UN Recruits Digital First Responder Volunteers with 'Verified' Proj...
What is the Florida Man Challenge and How Did the Florida Man Challenge Get Started?
What is the new viral Mannequin Challenge? We explain #MannequinChallenge 2016!
Apple Google Contact Tracing a Reality with Release of Coronavirus Tracking App Interface
What is a MOOC? What does MOOC Stand for?
The Social Movement Known as "Black Twitter"
More Than Half of Americans Check Email in Bed
Online Therapy Catching On with Online Therapists, Counselors, and Free Listeners
23shares

One thought on “Pedestrian Struck and Killed by Self-Driving Car” 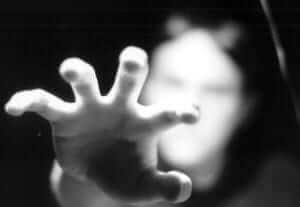 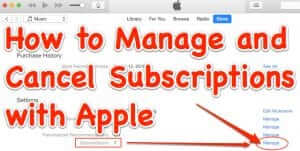 How to Change or Cancel Recurring Charge Automatic Payment Subscriptions with Apple Such as for Tinder, Bumble, and Apple TV
23shares