Reports are coming out that there is a new trend amongst Saudi women looking to rebel, where they post pictures of various parts of their bodies to Facebook. While Americans may be used to the “Girls Gone Wild” brazenness of young women in in the US, the pictures posted by Saudi women are much more tame by American standards, but some Saudi people are extremely unhappy with what is displayed in the pictures.

These shows of nude rebellion include pictures of feet, hands, fingernails, or simply close-ups of skin swatches. Some go so far as to show the skin covered in colorful glitter, all while remaining anonymous on their profiles. Many go by false names and post pictures of famous singers to avoid being found out by fathers, husbands and other family members who would be less than pleased with the revelation of what the young women are doing. 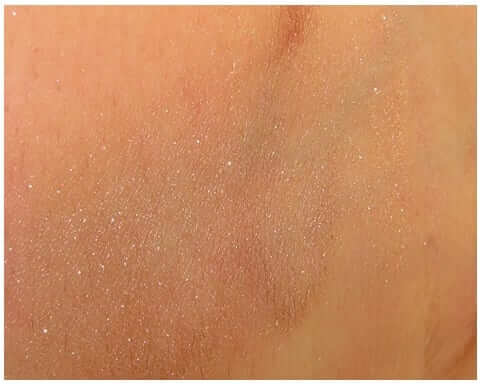 Journalist Mariyam Jaber is credited for having discovered this new trend, and she said she felt that the postings of these pictures is quite telling. “This reveals a woman’s desire to liberate herself from social restrictions and express herself, and Facebook or other networking sites are the easiest platforms to achieve this,” said Jaber.

Arab News reported that most of the Arab women using Facebook are under 25; could this be the younger generation putting their collective bare feet down in protest? Certainly we have seen a huge emergence in Arab protests in the last year, and it appears that these women are staging their own silent protest.

But some Saudi officials feel that this is a dangerous move away from traditional values. Arab News reported Professor of Electronics Abdullah Al-Waleedi as saying, “The young generation has no idea of the line between what one can share and cannot share with others. Young people should be made aware and protected from the undesirable social consequences resulting from innocently sharing details of their personal life on electronic devices.”

As we heard today, Twitter has already announced that they will censor Tweets to certain countries as requested by officials, but the government always has the option to block the internet all together; could this be a reality as more women post their body parts online, thus compromising the moral fiber of their religions? With this new trend comes more questions in terms of what steps, if any, Arabic officials will take to stop this.

What is the Florida Man Challenge and How Did the Florida Man Challenge Get Started?
The Truth about the FBI USPS idHSC Voluntary Fingerprint Submission Program
First Rule of Office Affair: Turn Off the Lights and Stay Away from the Windows
Just What is a '4 Leaf Clover Candidate'? We Explain
How to Archive or Get Rid of a Facebook Private Message Now that Facebook Removed the Option in Mess...
Facebook Phishing Scam Claims You Have Deactivated Your Facebook Account
Russian Official Tweets Racist Obama Tweet of Obamas and a Banana
Getting ‘Payment Status Not Available' on IRS Coronavirus Aid Site? What it Means and Why
Share the knowledge