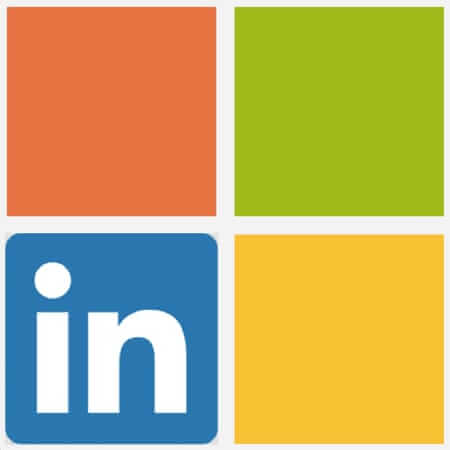 Microsoft and LinkedIn have announced that Microsoft is buying LinkedIn for a cool 26.2 billion dollars.

Microsoft announced the deal this morning, saying that “LinkedIn will retain its distinct brand, culture and independence. Jeff Weiner will remain CEO of LinkedIn, reporting to Satya Nadella, CEO of Microsoft. Reid Hoffman, chairman of the board, co-founder and controlling shareholder of LinkedIn, and Weiner both fully support this transaction. The transaction is expected to close this calendar year.”

Said Jeff Weiner (LinkedIn CEO), in the announcement, which was posted at the same time on the LinkedIn blog, “Just as we have changed the way the world connects to opportunity, this relationship with Microsoft, and the combination of their cloud and LinkedIn’s network, now gives us a chance to also change the way the world works. For the last 13 years, we’ve been uniquely positioned to connect professionals to make them more productive and successful, and I’m looking forward to leading our team through the next chapter of our story.”

For his part, Nadella (CEO of Microsoft) says that “The LinkedIn team has grown a fantastic business centered on connecting the world’s professionals. Together we can accelerate the growth of LinkedIn, as well as Microsoft Office 365 and Dynamics as we seek to empower every person and organization on the planet.”

So, clearly there is, at least publicly, a mutual love-fest going on.

But what do others think of this new marriage?

Most industry analysts seem to think that the acquisition makes sense for both parties. Quoting Citi analysts, Business Insider says that the analysts say that “From an Microsoft perspective, we believe the strategic rationale makes sense,” and of LinkedIn the analysts say that “LinkedIn has, for some time, been the ‘Outlook address book’ for most business professionals. There are likely new ways Microsoft can integrate/extend this franchise by owning it,” but they also observe that “For LinkedIn, it appears that the sale price of the move is an admission that the company was facing strategic challenges.”

Microsoft and LinkedIn (Nadella and Weiner) did a joint announcement, which has been posted on YouTube (video below). They also released their slides, which you can see [Page no longer available – we have linked to the archive.org version instead].

So, what do you think of this acquisition?

Number of people who have enjoyed this article: 941